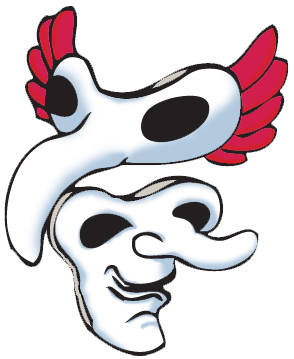 I have been working really, really hard on my novel.
The past few months have been all about world building. Figuring out how society works in my work. Ironing out ancient history. I challenged myself to name all of the year’s holidays in my world. I listed what musical instruments there are. Who the top famous 5 living and top 5 dead musicians are. I knitted my giant family tree together. For each of the major cities in my world, I created an emblem like the ones showing on this post.

turning of the tide 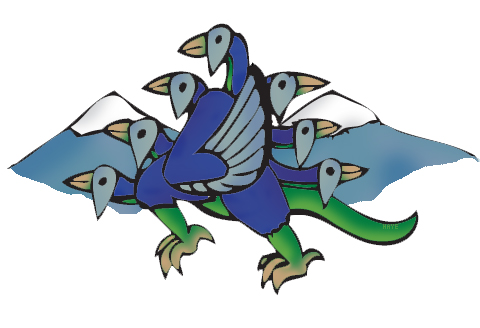 But that was all the last two months, this month has been about working the prose. I’ve been line editing. Fat cutting. Rewording. Man, it feels good to know how much my book has progressed. I think I’ve been supercharged creatively because I’m about to start a new job. It makes me feel awesome to know that I have my money-needs covered now, and I can start rocking my writing without feeling the need to spend most of my day looking for work.

Then the other day I got feedback, and it gave my already high-paced wind an extra boost. Feedback is a writer’s Christmas. The best thing you can give a writer, truly. Feedback makes you feel like your endeavors aren’t completely lonely ones. It makes you think about your own work in new ways. It’s exciting. Useful beyond measure.

The one weird thing about feedback with a novel-length work, especially for an insane worker like me, is that you often have created several new drafts before any feedback is returned to you. I really don’t want to annoy my friends by sending them new drafts all the time. I don’t want to be pushy, because reading a draft of a book is a lot harder than reading a final product. Looking through notes on an old draft can really make you embarrassed. So many more mistakes, many ones you’ve already corrected. Plot holes you’ve already filled in. Questions the reader has, already answered in the new draft. The book I have now is so much better than the one I first put an ending to.
That said, feedback is so incredibly invaluable, but I also completely understand that work goes into reading, too. My friends who have sent me feedback are so incredibly kind for doing so. Thank you times a thousand. To my friends who haven’t sent me feedback, no worries, you’re still awesome too (but if anyone happens to want to read my novel, email me to get the latest draft!). Honestly, just to allow me to vent to others about writing is so good for me and helps me in other ways than editing. My friends are awesome.

I feel like I have about 2-3 more read-throughs before I will claim that it is ready to submit to agents, but I’m so excited. Allow me to daydream a bit: Wouldn’t it be great to get published? Not only that, but to be able to claim that writing is my profession? I would put out a new book every year if I had all the time in the world to write. I know I would, and they’d be awesome books, too. I have so many awesome ideas. The Unravel is just one (which has true series potential).
Posted by oxyborb No comments: Links to this post

The Magical Logic of Harry Potter, The Unraveler, and literature in general

In Harry Potter and the Half-Blood Prince, our Boy-Who-Lived finds a book and inside of it is a hand-written spell. For enemies, it is written. 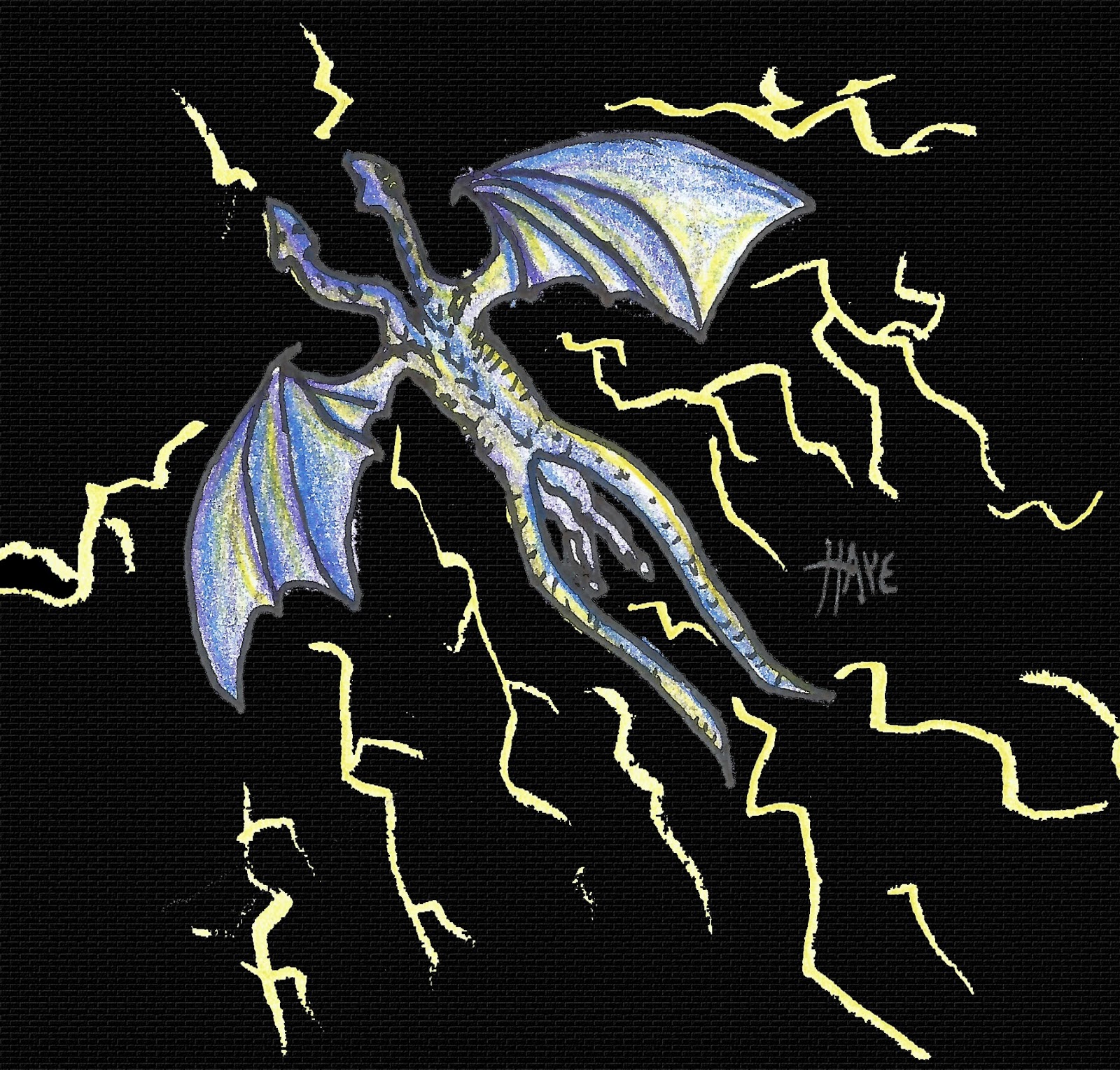 The spell cuts like the slash of a sword when you wave your wand. It’s a cool spell. The word is cool. JK has a knack for making up awesome words for spells.

The spell was created by the Half-Blood Prince himself (I know everyone knows who that is, but I hate typing out spoilers), and that got me wondering. How are spells created?

How does the magic, the action of the sword slash, attach itself onto the cool-sounding word? If the Prince can make his own spells, how did he do it? Why is it a cool sounding word? By chance? Were all the spells created a long time ago, and are we just rediscovering them? Maybe it isn’t the word, necessary, but the word helps the user focus on the feeling needed to do the magic. Maybe there is a ritual where the magic must be burned into the word.

I’ve always felt this was a hole in the plot I fell through. I’m sure JK knows how the spells in her world were created, but she hasn’t shared that knowledge. Even glancing at the HP Wiki didn’t give me much to go on. It leaves me with many questions.

Can there be more than one spell with the same effect?
Can old spells be changed?
Can spells have not-cool sounding names, or is the ancient-sounding language required?
...I could go on and on with these, but that’s not my point in writing this.

I don’t like to call what is in my book, “magic.” It isn’t, though it may seem so on the outside. Many fantasy books have magic, but I am a logical creature. I need more of a reason for why things work the way they do.

But I wanted to include something like magic in my novel, something otherworldly. Something that gives the reader the powers they dream of when they read fantasy, but without them having to be fantastically illogical. I can’t explain fully how my magic works, because it would be a spoiler.

But I can say that my magic is science, truly, and that’s why I think it’ll be fun to read.
That’s what makes my magic unique. My magic is not magic. Sort of like how the newer Batman movies are better than the old ones, I feel like my magic will be better because it’s grounded in reality.

It’s all the color and wonder

-without the gaping hole in the logic. It’s all the intrigue and spectacle without the need for the reader to make the jump of assumption. I’ve read quite a few books with magic, and at some point, it always seems to become an easy-out for the protagonist. I mean, JK’s timeturner… Just go back and kill Voldemort. You don’t have to go back to his childhood, just find out when he’s vulnerable (surely, he sleeps, eats, etc). That was magic without a chain to ground it. Prophecies in books drive me nuts. “The ancients prophesized the return of the Great Warrior to slay the Beast.” That is magic without logic.

So, I've been keeping a new Tumblr in which I post drawings I make using ink pens and colored pencils. I've loaded nearly one hundred drawings to it, and I've really enjoyed having an excuse to draw. This past week, I challenged myself to draw one dragon every day, and that sounded just nerdy enough to post to my nerd blog here!

So, without further ado, my recent dragon drawings!

Thanks! I hope you enjoyed my dragons! You can find more of my sketches by clicking here. Keep in touch! Find me on Twitter @Oxyborb
Posted by oxyborb No comments:

Baseball makes Budweiser a ton of money. Do I need to say more? Yes? Alright…

It seems like everyone is being shuffled into another dumb viral marketing campaign. My facebook is clogged with people talking about making MLB’s Opening Day a nationally recognized holiday. Meanwhile, all of the shared links, pictures, and videos of Ozzie Smith are plastered with Budweiser, Budweiser, Budweiser.
Before you start calling me a commie, please note that I think Opening Day would be a fun sort of holiday. I love baseball. I really do. I have the STL Cardinals, and who could ask for a better team to root for? (I used to own an Ozzie Smith baseball card collection!)

brought to you by...

But the idea of a major corporation purchasing a nationally recognized holiday sickens me. It really does. Corporations already own the entire government. Political leaders might as well have endorsements sewn onto their suits to display all the companies that own them.

Do we really need for our national culture to become marketing propaganda any more than it already is? Because that’s what it will be. If Budweiser can throw money at this, purchase a national holiday, it will not be baseball’s holiday… it will be Budweiser’s.

Every year, we will have a nationally recognized holiday that will have been bought and paid for by a beer company, and they will never let us forget it.

I don’t want Budweiser in the same league as Martin Luther King Jr.. I don’t want to decoration for Budweiser Day the same as I do for Christmas. No. No, no nononoono.

If you want opening day as a holiday, America, do it on your own terms, not a beer company’s. Please. Have some self-respect. Don’t sell out our cultural significance to marketing propaganda.

My life, marching on… Tax goof and piano learning

For a writer, productivity is balanced against sociability. I had hardly any social life this past month, but I was insanely productive. I called it, “Unraveler History Month,” because I worked tirelessly on the historical background.

One thing I love about books like Game of Thrones and the Lord of the Rings is that sense that the world is lived in. There was history before the events in those books, and it makes those books feel real. I want that element in my book. I want to know about the wars that happened in my world, how particular cities got their names, why there is an abandoned castle in the middle of the forests, and how all of that figures into the motivations of my characters.

Something that I don’t like in novels is mindless evil. Orcs, ready to kill and eat manflesh simply because all orcs are evil. Creepy men wearing black eye shadow that want to kill you for no apparent reason. A monster that emerges from the depths because it was prophesized to kill everyone because it’s evil.

My “evil” characters are driven by true motivations. My monsters have reasons. Even my environmental antagonists have reasons. Logic that reads more that, “Because it’s evil. Why else?”

I’ve been working on building a timeline that spans over 4000 years. It lists EVERY single King or ruler during that time period… for all five nations in my book. For some, it even gives details on how they died and why so-and-so replaced them instead of so-and-so.
So, I’ve been working on that, noting every major war, battle, triumph, gain, loss, marriage, event, etc, for a span of 4000 years. I’ve also been building my giant family tree, listing all of my major characters and their families (hundreds and hundreds of names). I’ve been preparing myself for a new read-through (I always make a giant list of things to work on as I read, and also mark up my document with comments with smaller stuff to weed out before the read). I’ve been reworking this system I had for mystical/magical stuff, too.

Hope your day is going well! Thanks for reading! Keep in touch; follow me on Twitter: @Oxyborb
Posted by oxyborb No comments: Links to this post