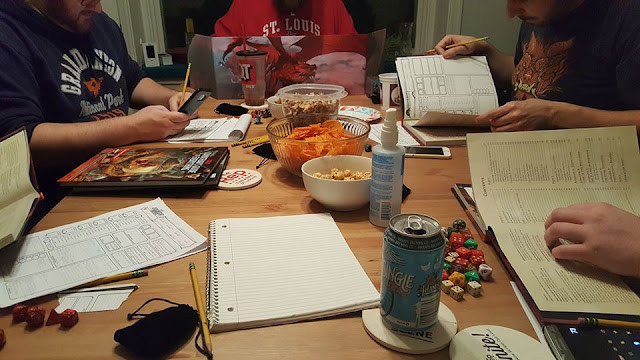 I played Dungeons and Dragons for the first time since high school. It was really fun! Got with a group of adults and got into the story and fantasy of it. I love interactive storytelling. Puts me in the mood to write a crazy fantasy story. Many since JRR have tried to flip tropes like orcs and elves, but it's so fun anyway. I made a gnome wizard.
No comments:

Helped a friend move
Met a girl that everyone thought liked me
Was at a surprise birthday party
Went to Silvercreek with friends
Made the decision to quit my job as an assistant teacher at an autism center
Got a tooth pulled
Was a production assistant for two shows with PRIME
Went to the zoo with the girl mentioned earlier
Commented on a thread about April the giraffe
Went to a Cards game
Saw a high school rendition of Little Shop of Horrors
Drove out and picked my cousin up after car trouble
Got a new job working as a theatre tech director at a Visual and Performing Arts high school
Had a songwriting weekend with an old friend
Went to a crazy rummage sale
Went to the biggest LOGfest Springfield has ever had
Enjoyed E3
Went to Comic Con
Created a 3D painting
Played and beat Horizon: Zero Dawn
Signed a contract that lasts a year
Hiked through Castlewood State Park
Queried several agents with my book
Played with my mom’s new puppy
Schmoozed with local artists at a fancy meeting
Viewed an amazing eclipse
Went to Halloween stores and an arcade with a girl I liked
Had a longtime pet, my sweet cat Minerva, die
Went to Archon
Moved into a new apartment in STL
Went to a cousin’s wedding
Ran a movie for 200 principals
Got a date with the girl
Saw Bodyguard at the Fox
Went to Creepyworld
Went on a date with the girl and KISSED HER!
Got a girlfriend J
Went to a Blues game (winner!)
Went to a Halloween Party dressed as Ron and Hermione
Went to my yearly Thanksgiving After Thanksgiving
Survived IKEA
Technical Directed a production of The Wiz
Helped my family through a trying time
Saw the Santa Parade
Saw a new Star Wars movie
Rode a carriage
Worked on a new music album
Went to my girlfriend’s family’s Christmas parties and she came to mine
Played Dungeons & Dragons for the first time since high school
Saw Elf the Musical at the Peabody Opera House
Spent New Years with my cousins, playing Joking Hazard

2017 was a year of transitions. New job, new apartment, new girlfriend. The first half of my year was definitely different than my latter half. Such a big transition, although fun and good, also allowed me to drop off in doing my personal art, which is writing. Being the technical director for a huge musical really zapped my art brain. It was a huge challenge with many hurdles. I intend to get back to my personal art in 2018, no matter what. Working at an Arts school is great, but I’m an artist, not just a shepherd for other artists. I want to create something big and cool and amazing.

The best thing that happened to me was my girlfriend, Cari. She’s so fantastic, you guys. She’s such an awesome person that she inspires me to want to better myself more and more. I loved being single. People who know me know some of the bad things I went through... namely a divorce... and learning to like myself again was a great thing to come out of being single. But Cari only enhances that feeling. I want to be a man that deserves to be as happy as I am, with such an awesome girlfriend. I’ve enjoyed so many adventures with her, and I’m sooooo looking forward to what’s to come next with her!

I also have to give a shout out to my cousin, Denise. She’s mentioned several times in the list above. I helped her with her car trouble, yeah, but she was the spark that got me my new job, she had her wedding, and I rang in the New Year with her. What a wonderful woman she is, and I’m very proud of her (her new husband, Phil too! Great dude!). 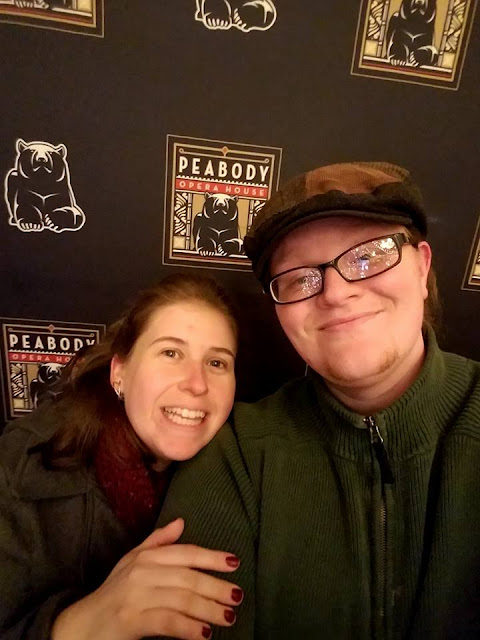 Always have something to look forward to is some of the best advice I've ever gotten, so I started last year by making a calendar of happy fun stuff upcoming in the year. Here's the new one:

Things to look forward to in 2018 (updated as more comes):