Played some games this year. Shout out to Planet Coaster, Breath of the Wild, Plants VS Zombies 2, Red Dead Redemption 2, Tower Defense King, Pokemon Go. Guess I didn't play all that much. I've been pretty busy (going to Japan, running shows, writing...).

The Oxyborb Blog Game Of The Year for 2018

This is an unusual year for GOTY on my blog. But I have to say that my choice is the D&D sessions I've been playing with my friends, namely my DM Kyle. Dude has been putting his heart and soul into making one insanely epic tabletop game! He has about a billion people playing together (many different groups converging). It's been a blast to sit and roll dice with a bunch of cool artsy-peeps.

My character is Jor R. R. Molken. He's a gnome wizard, specializing in conjuration. He loves grease, web, and other ridiculous spells. He used to be evil, but he's since had a change of heart (witnessing a few other player characters doing absolutely bonkers stuff). 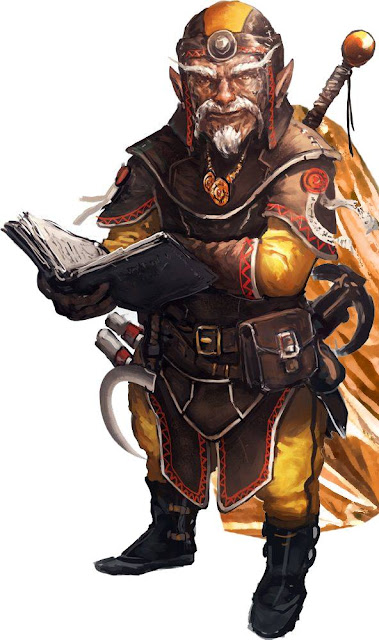 Thanks for stopping by my blog!

Email ThisBlogThis!Share to TwitterShare to FacebookShare to Pinterest
Labels: 2018 game of the year