The game sounds kinda stupid. I mean, car soccer. Honestly, it looks a little stupid, too. It’s big, empty arenas with a ball. Most of the promo artwork sports the generic cars.

I never gave the game a second glance, until one day I walked into GameStop. I fiddled with the demos on the PS4, and tried the game (I had heard people talk about it, but the concept just didn’t appeal to me).

The demo was such a blast to play. Rocket League’s controls are tight, perfected. The game is FUN. When you punch a goal, just right, it feels like you’re a star athlete in this imaginary sport.

I’m sorta frugal when it comes to entertainment. I don’t buy every game. The games I do buy, I usually put hundreds of hours into, obtain all the trophies, and do almost everything there is to do. I like knowing that I’m going to get a lot of bang out of my buck.

The Rocket League demo, however, was so much fun that I bought it as soon as I got home, also, I got PS+ to do online.

The game is awesome. Online has been almost flawless. I hardly ever get lag. I’ve played with my friends. I’ve made new online friends. Etc. Etc. I LOVE the game. Totally worth 20 bucks.

I wish that there was more of everything.

While I wish this was a fully-featured AAA ($60) game, with more modes and ETC, I doubt I would have made the leap if it wasn’t at the $20 price point. Now that I have it and love it, I wish that there were more modes, features, and trophies to collect. Isn’t that weird?

My favorite modes are Chaos (which is 4v4) and Snow Day (which is an icy arena with a hockey puck and heavier physics). They’re adding Hoops (basketball) soon, and I’m really excited.

I think that the one thing that needs to be fixed about this game is the scoring. Defense moves can be just as important as scoring goals, and yet making an epic save doesn’t net you the same points. I love playing goalie, defensive, however I always rank at the bottom of my team because I stay behind, playing opportunist. Most of my goals are assists from knocking the ball back to the other side. I wish I made more points for saves.

I would also love an Ultra-Chaos mode. Like, a double-sized arena with a faster ball, quicker-charging boost, and 7v7. Another good idea is a Rocket Labs arena build like a monster truck rally with ramps all over and dirt.

Anyway, I love this game. Go buy it!


I just watched JW for the first time today. As I did so, I began liveblogging my reactions to the plotholes. Let me just say, I’m an English/literature major that wants to write novels for a living. So, I have studied clichés and plotholes in narratives. I thought it would be fun to clean up and repost my reactions here: 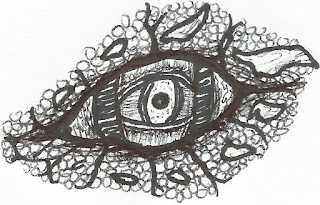 UPDATE #1
I think I solved the whole stupid movie before it’s even begun:
Why doesn't every single dinosaur have a collar on that, when remotely controlled, administers either an injection of tranquilizer or a lethal shock of some sort?
Oh, raptors escaped. Push a button and they're all asleep. Done.
Or maybe make a leg-brace that can lock up and prevent them from moving, remotely. Either way.
UPDATE #2
So, giant mutant T-rex monster gets out of the cage and escapes....

THE RESPONSE IS TO SEND GROUND UNITS??!?

Seriously, one of the men carried a SHOCK BATON. They put a man with a STICK to fight a T-rex.

SEND A HELICOPTER WITH SNIPERS.
UPDATE #3
They just showed a scene where people were kayaking down a river with a stegosaurus next to it. That would never happen.

That’d be like letting zoo guests boat in the same ponds as elephants. No way. There would be too much legal recourse.
UPDATE #4
The kids are alone in hamster ball cars and a warning came over to return to base. In a world more advanced than the one we're in now, with self-driving cars, how does this park not have an auto-return to base feature for these such emergencies?
UPDATE #5
So, the parents sent the nephews to the business woman who runs the entire park, during her work week. A week where she's unveiling a major new attraction to investors, and the parents expect her to spend the entire day with the two kids that she barely even knows??

This is her WORK. I don't feel like this woman is unlikable in the slightest. It's not like she's on vacation. She's doing the best she can.
UPDATE #6
Now, it's business woman and Chris Pratt ON FOOT searching for the kids. WHERE ARE THE HELICOPTERS WITH SNIPERS?

I kinda get that they don't want to kill mega t-rex because of the money investment, but how much more money will they lose when news of its escape and killing of many people hits the public?
UPDATE #7
Now, their ideas to kill mega t-rex is the set loose raptors...
UPDATE #8
This park has HUNDREDS of the same pterodactyl monster. What zoo has hundreds of the same exact bird? Also, WHY ARE ALL THE CAGES MADE OF GLASS???
UPDATE #9
My final update: So, setting loose the raptors to kill the mega t-rex worked so well... that they decided the only way to stop the mega t-rex and the now-evil raptors... IS TO SET LOOSE ANOTHER T REX??
Why was it content to just walk away? Why wasn’t it bloodthirsty and crazy?
Not to mention, that giant water dino is allowed to go throughout all the waters in the park, is a known jumper/biter, and they don't have it fully enclosed??? What prevented it from jumping out and eating park guests before this end-scene moment where it kills the evil-t-rex? How is this safe?
No comments:

She said she liked the idea that the universe meant for you to be with somebody, but one person in the entire world was not enough. So, she said, she believed that there were seven ones.
Seven people you’re meant to be with. There’s no scientific reason to believe this. There’s no proof. But, I still like the idea.
It makes the concept of the one a little less scary. Seven times less scary, to be precise. Seven chances to get a relationship right.
Like the evil exes from Scott Pilgrim, I guess. I’m friends with most of my exes (so I wouldn’t call them evil).
No comments: