Nintendo Switch, Mario Kart 8 Deluxe, and all that jazz

the screen and box

I’m sorry Nintendo, but nothing would please me more than playing your games on the Playstation 4. I get why that would hurt your pride, but seriously, the Switch is not at all what I want as a consumer. You make amazing, polished games, why not put them on amazing, polished hardware? Imagine how much money Nintendo would make putting games on XboxOne, PS4, and Steam.

I will not pay more for the Switch than I did for my 3DS, just so you know. It looks like a smaller Wii U with detachable buttons. I mean, it is, right? Instead of playing off TV, you can just play anywhere. I doubt anyone will even bother to hook it up to a TV, too. Also, the controllers and extra stuff is priced ridiculously. I’ll wait until Gamestop has them used, thank you very much. 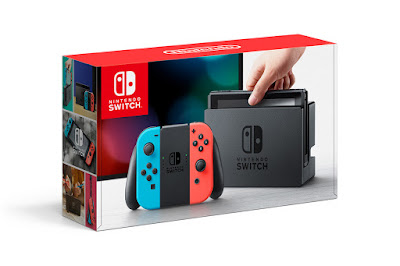 I’m a Wii U owner. I highly enjoyed Splatoon, Mario Maker, Smash Bros., and 3D World. I will likely buy a Switch someday, but I will definitely skip the launch, and likely the launch year and maybe even 2-3 years after.

You see, I already own Wii U. I bought Mario Kart 8 and all the DLC packs and played the crap out of them (btw, there’s NO reason the new characters/modes couldn’t be DLC for Wii U except that Nintendo wants us to pay full price to rebuy it on a new system and also buy their online fee) I beat Skyrim already. Minecraft is great but I’ve put hundreds of hours into it on my computer. Splatoon 2 looks like a meagerly upgraded port, too, sorry to say. Maybe it’s not, but yeah… The new boxing game looks good, Arms, right? Also reminds me of Wii Sports. I’m pretty sure I wouldn’t buy it, but I can see the appeal.

I’ll be honest, I fear that Nintendo will soon announce Deluxe versions of Smash Bros. and Mario Maker. That’s not okay. I don’t buy new systems to play old games.

Nintendo has decided to make players shell out the bucks to play their games online. Fine. I pay for Playstation Plus. What do I get from Sony? I get seamless connections, little to no lag, voice chat support in-game and in-party, the ability to interact with players met online, trophies shared with all my friends to document my accomplishments, games designed for fantastic multiplayer by developers who care about what players want, streaming video whenever I want, and to top it all off free games every single month that I get to keep as long as I have PS+.

Historically, Nintendo games require long “sign in” screens for online, don’t support voice, don’t allow interactions with people who are not my friends, don’t have trophies, don’t have multiplayer focused games, and no streaming.

Nintendo has said we’ll get free games each month, but they’ll all be old games and you can’t keep them after the month is up, even if you still pay for online. I love that Playstation gives me new, fresh games, like Journey. I don’t want old games, Nintendo. I want new.

I should also mention what I mean by, “games designed for fantastic multiplayer by developers who care about what players want.” Let’s look at Smash Bros. for Wii U. First off, you must “log in” to online, which is the stone age of gaming as far as I’m concerned. Games like Watch_Dogs 2, seamlessly integrate online into the games. Players just pop on and off, no big deal. No long loading screens. Once you log in, there are no lobbies, no ranks or leveling, no online unlocks, and no customized fights with random rivals. If I want to stop fighting one stranger and go to the next, the game boots me out to the menus, which I have to aggravatingly navigate all over. I want to do 1 on 1 fights with no items with strangers, but I don’t want to ONLY play on Final Destination. I can’t customize something as basic as that? That’s ridic. Why did they mess that up so bad? Imagine if Rocket League only let you play on 1 pitch online. Then I can’t tell the other player “gg” or anything, certainly not with voice. I’m not allowed to interact with strangers in Nintendo games because they haven’t figured out how to do parental controls, apparently. In Smash, the most communication I get with strangers with taunted or ducking down repeatedly to acknowledge them. Pathetic. Also, 50-60% of the matches I played online in Smash were laggy to the point at which I could not play. Online on Nintendo is regularly (and literally) unplayable. Finally, Nintendo has a very slim playerbase that plays online. I have a hard time finding anyone to play with. Games are empty, devoid of life as it is.

Now let’s look at Rocket League. I’m online as soon as my game starts. I can play any mode with any player online, trade items with them or do custom matches. I can chat with them through voice, text, or pre-set messages. I can invite strangers to continue playing with me through the Playstation’s “recently met players” section. Lobbies easily get me to the games I want to be in, with very little screens or loading between matches. There is no lag.

Nintendo has historically ignored features that make online great, the number 1 feature being interaction. If you think about it, interacting with people is the entire point of online. And Nintendo has this problem with ALL of their games, even Mario Kart 8, which only supported voice chat with friends (not anyone) and in between matches. Ridic! You might as well play against bots.

And now Nintendo wants me to pay a fee to play online? Hah! Not gonna happen. Unless it’s a dollar a month, nobody but the biggest Nintendo fan will do that. They just don’t offer enough to justify pricing it. Especially since they’re really just putting old games out, anyway. I can’t imagine Nintendo’s already slim online playerbase will be very large once the price barrier is in place. Who will even be around to participate in matches? Not me!

I’m mad. The Switch is likely going to fail, because it appears to be doubling down on what the Wii U was, and also they’re charging fees to play online when they are crappy online. I want Nintendo to quit making hardware and focus on software for Playstation systems. Also, the new Zelda doesn’t look good, sorry. Looks like a big empty world with nothing to do but cook mushrooms.
No comments: 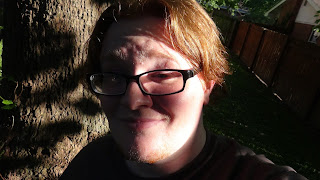