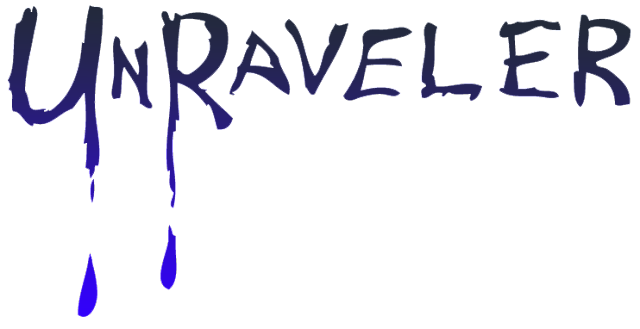 When the dead fall from life, they are caught by a massive net called Ropes, deep within the Levels of the Undergloom. Ropes is woven together by an endless thread. A lone rat scurries from cord to cord, careful not to fall through the gaps.
Silhouettes are raining down from Earth at an incredible rate, but such is the nature of the Fell Thirst, the disease plaguing the kingdoms. Thus far, there is only one known way to quench the sick compulsion for water once it hits, and that is to keel over and die.

So even Prince Kobias is perplexed over why he is the only one to stand back up after dropping dead. Kobias has become the prime culprit as the Thirst's Case Zero. Rival kings have come together to shove around the blame, but only the prince even bothers to wonder if a cure can be found.

Now alien executives, pirate clowns, and armies of clockwork men are all out to capture Kobias before he uncovers the truth behind the Fell Thirst, and the only friends he has are his mischievous older sister and a skeletal rat that just skittered from the crack under his door.


The undead rodent, however, knows something everyone else has missed. It has just clawed its way out of the Levels, and it means to lead Kobias through the hostile world to the truth: Time is ripped vinyl on a record player, and the universe is skipping, skipping.

My novel, The Unraveler, is a 90,000-word YA fantasy that aims to bring readers a fun adventure in a world worth exploring. This website is dedicated to my journey to seek representation and publication for it.

Or consider reading some of my short fiction or poetry!