#MySevenHorcruxes – WHAT WOULD YOU TURN INTO A HORCRUX?

What killed Voldemort? Some might say Harry Potter… or more accurately, Voldemort’s own rebounded spell… but I say that what really did old Voldy in was his need for grandeur.
Voldemort picked awful objects to become his horcruxes. I mean, I get it. You want your most treasured stuff to become your soul-keepers but… why such identifiable items such as heirlooms from the Hogwarts Founders?

That got me thinking, if I were to rip my soul into seven pieces through dark magic, what objects would I choose to turn into my horcruxes?

Dean sunburst, hallow body, fretless… This bass is a beast. I created an album with it. It’s such a mellow bass, not funky, but I’m pretty mellow, too. Even though it has marked lines across the neck, it’s actually without the metal parts that would otherwise separate frets. That means I can make sounds that slowly rise and morph. It’s groovy, and totally an object that I’d make into a horcrux.

With a piece of my soul and some dark magic, any sound that came out of it would cause you to hear the thing you dread the most. For me, it might be the sound of a tree crashing down (I was almost killed by a falling tree once).
2. The Large Hadron Accelerator

The LHC would be the perfect horcrux simply because if it got angry, a bit of my soul could create a blackhole to destroy all of existence. That, and imagine the weirdness that could emerge from the combination of dark magic and deep science.
3. The Statue Of Liberty

Wouldn’t it be funny if to take me out you’d have to reenact Ghostbusters? Yeah, like, Harry Potter goes to New York to fight the freaking Statue of Liberty, because the statue is a horcrux and it has begun to rampage downtown.

Of course, Lady Libercrux would have more than just the ability to go giant monster movie style. In fact, it might never move at all unless someone tried to destroy it. What it’s core function would be is to consume the free will of anyone who entered into her. The Statue of Liberty would be a siren, never allowing anyone to leave her island without whispering a dark secret into the mind of the trespasser. 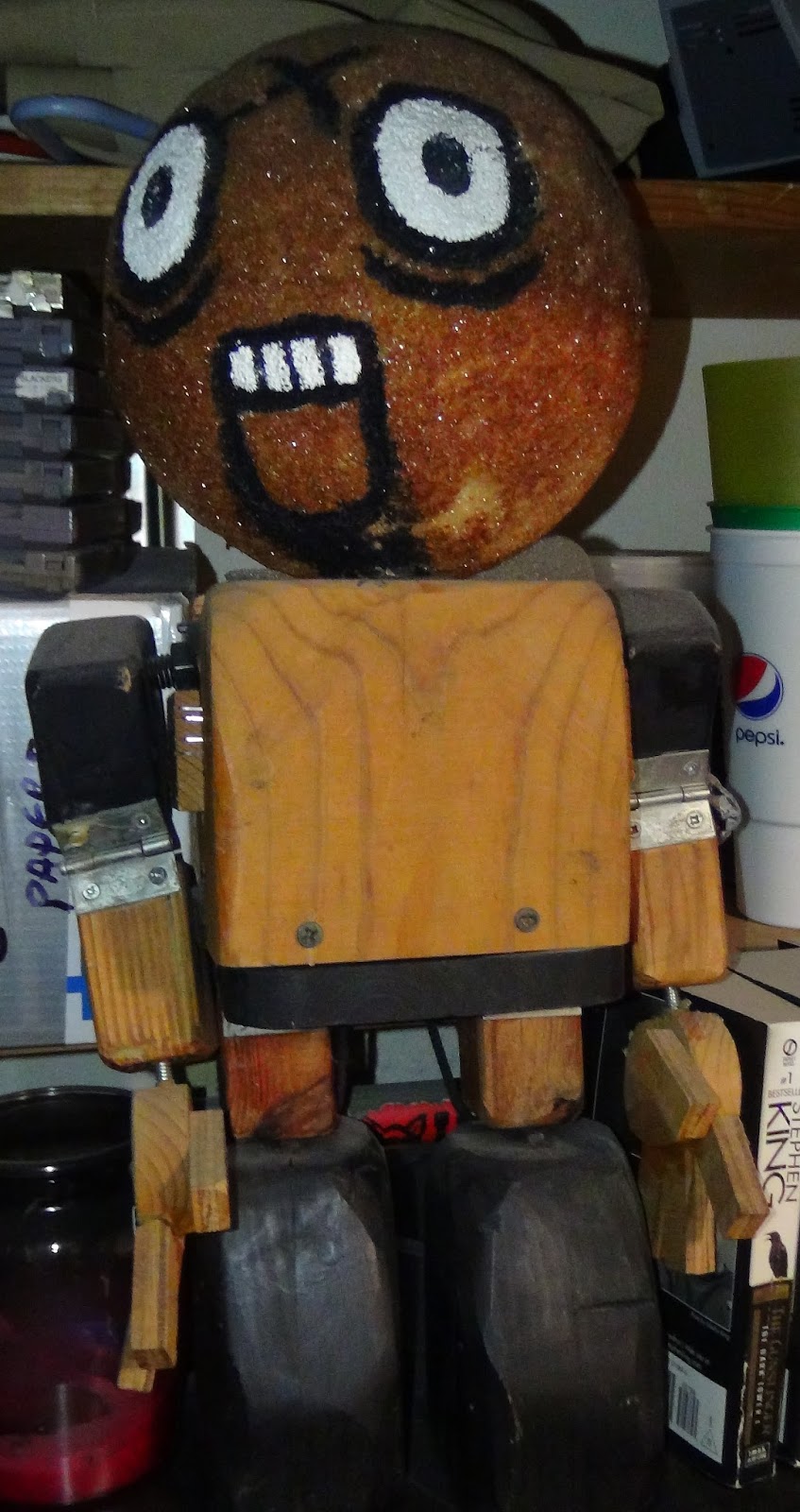 Also, a Creepy Doll would be the ultimate insanity for something to come to life. I suppose I would have to store the doll somewhere deep within the bowels of Gringotts or something. Maybe I would take an abandoned amusement park and make the doll horcrux the King. It would force anyone near to relive their childhood horrors.


5. a block of solid titanium

The next two are really about security. Voldemort never attempted to make a horcrux that couldn’t be destroyed, however, I believe that a block of solid titanium would be a good way to start. Titanium is one of the hardest metals in the world, and I doubt there are many spells that would harm a solid block of it. Honestly, the only thing I can think to do is transfigure it into something else…. but if it were that simple, why didn’t anyone think to transfigure that lockette? I’m just saying, you’d need something better than the Sword of Gryffindor or a basilisk tooth to penetrate the defenses of this horcrux. I’m not sure what crazy thing a solid block of titanium could do. I mean, Riddle’s journal could write back. The lockette had the eye. A block of titanium… maybe it would reflect imagry on its side? I don’t know.

6. a grain of freaking sand

This one isn’t my idea completely. I’m not sure where I heard this one, but wouldn’t it have been smart for Voldemort to turn a single grain of sand into a horcrux and them cast it into the middle of the freaking ocean? Nobody would have found it there… ever! He would have never, ever died. The end. In fact, while I’m at it, I’m dropping off that block of titanium, which will be concealed in a larger, hollow block of titanium, and all of that incased in twelve inches of plastic. Now, this impossible-to-break horcrux is at the bottom of the sea, and there’s no way anyone will ever find it. The only thing Dumbledore could do is to make a horcrux himself and eternally fight the battle against me, killing me over and over and me him over and over and this has gone overboard… 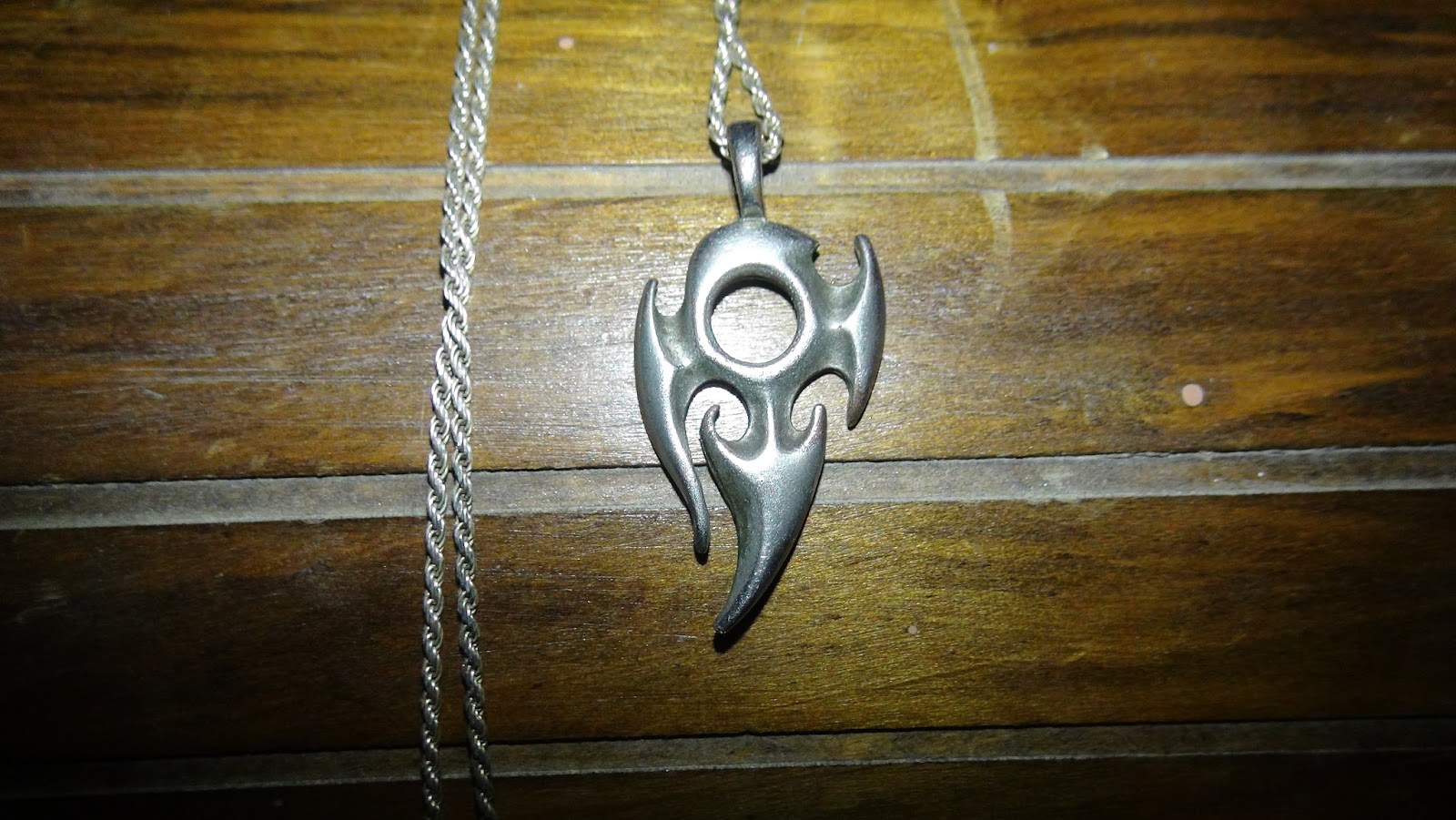 My chain is a holdover from my high school days, sure, but it’s still freaking cool. I love this thing. It’s actually the second one, a duplicate of my first necklace. I bought the original one from Six Flags, but I lost it (I think an ex girlfriend stole it). The one I still have I bought off another dude for 10 bucks and a Mountain Dew. I hardly ever wear it because I don’t want it to get lost, and besides I’m not 14 anymore. I still love it. If it were a horcrux, when you peer into the hole in the center of the emblem, you would see memories from my past. If you stared too long then you would start to believe you were me.

WHAT ARE YOUR SEVEN HORCRUXES?

Make a blog post of your own, leave a comment here linking to it so I can read it, and then post to Twitter with #MySevenHorcruxes as a hashtag. This could be fun!
No comments:

Living in the St. Louis area during the moment of the Michael Brown Protests

I am not going to intentionally post anything that will ignite flames. I don’t even really want to talk about who was right and who was wrong, because, frankly, I don’t see this as a binary issue. There was wrong on both sides of the argument, and Michael Brown supporters and Darren Wilson supporters both truly are fighting over something incredibly deeper than the particular act of the shooting.

Do I have an opinion on it? Yes. Will I share it? Absolutely not, publicly. I don’t want to touch the core of the debate with a 20-foot pole. People are losing friends over this by making statements they know too little about. I want no part in it.

What this blog post is about is what it’s like to live in the St. Louis area during all of this. I’m a white man. I’m privileged. What I write here is not a generalization of what everyone’s life is like; this is what my personal observations have been. I’m not even in the city. I live across the river in the nearby Belleville. That’s about 18 minutes to downtown.

Many of my white friends and family are scared to go downtown because of the violence. They’re afraid that the protests will come over to this side of the river. They’re scared of talking about anything with black people, because they don’t want to say the wrong thing. Obviously, I harbor that, too. Who wants to be accidentally offensive? Most of my white friends are intelligent enough to understand that there’s no way they could ever understand what it’s like to be black, and so to speak about it with a black person is going into a hot-button topic with a layer of ignorance.

White people in STL, it seems, are less scared to say anything they want behind the keys of a computer. On the day that the indictment was decided, there was a slew of blatantly racist garbage posted to social media, by people I would have never thought to feel the way they apparently do. Let it be known, I hate racism. It is ugly. I deleted several people because of how nasty some of the postings were. It doesn’t matter whose side you’re on about this; there’s no reason to be racist.

I remember when #NotAllMen and #YesAllWomen were trends on Twitter. Men wanted to come out and say that not all of them were nuts after a crazed guy with a non-existent lovelife went on a shooting rampage at a sorority, and feminists responded to those men by saying that it doesn’t matter how good some men are because all women have to face the bad men. That same sort of thing is going on in STL, but instead of women and men it’s black and white people. White people want to say, “We’re not all racists,” but black people respond, “It doesn’t matter because all black people deal with racists.” I can’t speak for black people, but white people feel accused (not me, but in general). They feel like all black people hate them now over something one person did. I can understand why black people might not care how white people feel, because this moment, they probably feel, is about them.

Of course, I believe that there is a race problem in the USA. That is an obvious fact. I believe black lives matter. Something needs to be done about it. What that is, I don’t know. I’m not saying anything about the shooting specifically, however white people still have special privileges in all aspects of everyday life. That needs to change. There is no freedom until all people are treated equally. I suppose that is the most important part of all this. I think the conversation is a good place to start. This is my contribution to keeping the talk alive.
No comments:

So, I'm working on something BIG. If that large text didn't emphasize it enough, I'm working on what will probably be the biggest blog post I've ever done, and it's all about my thoughts on Smash Bros for 3DS and Wii U. I'm going to cover everything ever on it, but I have a day job, which means it's going to take another month to finish. With that, I'm also doing a bunch of hand-drawn art to spice it all up, so watch out for that sometime after the holidays...

So, for this month, I thought my blog post would be a simpler one. It's another BEST OF MIIVERSE post (Part 1 is here), and it mostly has to do with Smash Bros. anyway, since that is what I have been gaming recently (also, Shadow of Mordor).

The biggest theme for these is that while playing Smash, I've really missed playing as the Ice Climbers, who were cut from the latest versions.

Here's my plea: Nintendo, please bring them back as DLC! I don't care if they're Wii U exclusive and cannot be played with during 8-player Smash. Just bring them back! Smash just doesn't feel the same without them!


Then I began my crusade


This was as positive as I got


Playing some Wii Fit U


I used to love Garfield


We'll end with another one about Ridley and his size... I really love that you can post Smash screenshots to Miiverse!

Anyway, thanks for coming to my blog. [insert PLEASE UNDERSTAND meme] My next post will be HUGE and well worth the wait and ALL about Smash!

Best of Miiverse Part 1
No comments: