One of the best non-book yet literary experiences I've had recently is a video game called The Witcher 3: Wild Hunt. It's the closest thing to feeling like you're the protagonist in a novel, ever.

Like, your character rides into an abandoned town. As you approach, you hear shrieking and moaning. Then, out of nowhere, a ghost appears and attacks you. You, as a monster hunter, kill it. However, the ghost returns for some reason. You begin to explore the surrounding abandoned buildings, and you read notes and find tokens that allow you to piece together what happened. A woman was killed, and a curse was set upon her. An object you found binds her to the town, to forever haunted and attack anyone near. You discover that she's a noonwraith, a specific type of ghost, and then you brew potions and oil your blade with specific items to prepare. Then, you must then break the curse and kill the ghost one last time. As you do, her human soul calls to you and thanks you for setting her free.

This is one of the quests I remember, and it was so awesome to figure it all out like a detective.


What makes the game's stories so great is probably that it is based on writings by Andrzej Sapkowski. I began reading his short story collection, The Last Wish. I've finished the first story, and it is really great. It's a monster mystery.

If you want to see my review of The Witcher 3, click this sentence! 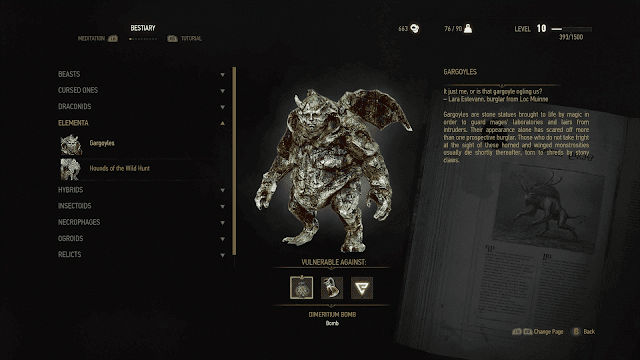 One of the things that inspires me about the game and the writings are the way monsters and beasts are classified. There are subgroups, laws and rules that the world stands by for how the monsters look, how curses are laid out. Noonwraiths appear at noon and are bound to the world by objects. Nekkers have warrior leaders. Trolls can be intelligent and persuaded to give up their actions and avoid fighting whatsoever.

The game has a system of classification. Giants, trolls, and nekkers are Ogroids. They share weaknesses and similarities. The same blade isn't effective against Katakans as it is on werewolves, because katakans are classified as vampires and werewolves are classified as cursed.

Ever since I played Dungeons & Dragons as a kid, I always wanted to make my own Monster Manual, filled with my own designs. I've actually started one for my novel, and it is inspired by the idea of monster taxonomy. Each monster is sorted into a system. Monsters in one group share similar physical attributes, weaknesses, organs, etc. I like it when magical worlds are forced to conform to a set system of laws and logic, and that's one of my goals with my writing. Anything magical needs to be bound by rules, otherwise magic becomes a deus ex machina.

Thanks for visiting my blog. Why not tell me what you think on Twitter (@oxyborb)?

Should I move to Seattle? 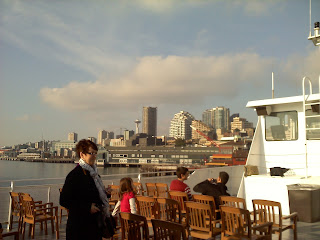 Recently, a friend of mine asked me if, as a former Seattle resident, he and his wife should move out there. I had a lot to say, and I thought I'd turn my conversation with him into a blog post. So, this question isn't for me. I am not considering moving back. However, here are my thoughts for anyone considering the move. 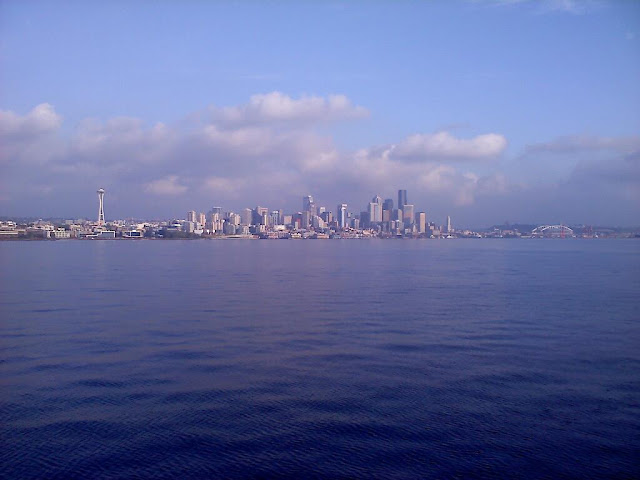 Seattle is a hip place with lots to do. People say that it’s hard to make friends (the “Seattle Freeze”), but I found the people nice enough. Many are glued to their headphones while on buses or walking down the street, so I think that's where the stigma comes from. Don't be pushy. Get a hobby or meet your work friends somewhere.

I think finding a job there is relatively easy. There are lots of cool companies to work for, especially tech ones. Amazon, Nintendo, Google and Facebook have offices there, Microsoft. The economy feels pretty great there, compared to the rest of America.


If you're considering working for Nintendo:

(my friend wanted to know about Nintendo specifically)

Friends of mine who worked for the Big N said they hire many positions in the telephone customer service (and they give those staff free systems to keep, too!). Nintendo is also not in Seattle proper, but Redmond, and it’s across Lake Washington. There are two bridges over that lake (it’s BIG), and one of the bridges (520, the closer one to the U-District) is often shut down. Commute across is not fun whatsoever.


The downside of Seattle: 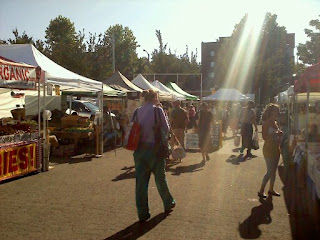 Obviously, I suppose the big downside is that it rains from about the end of August to June (I heard the term “June-uary”), and I mean it rains and is covered in clouds nearly every single day. This tends to make people depressed, and not just because it’s wet, but the lack of sun deprives the body of certain things the brain needs. A doctor once said that women in particular are effected by this weather-related depression. You will see hundreds of people lying out at the parks shirtless when there is sun (I called it lizarding).

The upside of the weather is that it never gets very hot or cold, and the few months of summer are wonderful. It feels like you’re living in a real-life Skyrim. My unit had no AC. Also, electricity is cheap! I paid $16 bucks for two months, for real. I paid bi-monthly, it was so cheap.

There’s very little of snow (also, no thunder either), since it never gets all that cold. However, when it does hit, people are very clueless on the roads. I once was in a bus that tried to go up and hill and ended up sliding back down…

As far as religion and politics:

If you're a liberal freethinker, then you're in luck. Seattle is basically paradise. Almost everyone in Seattle is liberal. 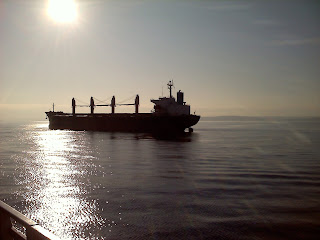 I had one religious/conservative friend while in Seattle, and she constantly joked about being alone and surrounded by liberal crazies. Her assessment is truth. I didn’t meet many people of faith, and most were extreme liberal-types, more extreme than me. Most of the churches I noticed were the progressive kind that flew rainbow flags in the windows. It might be hard for someone of faith or Republican beliefs to meet like-minded people.

There are definitely a lot of free-range grass-fed gluten-free vegan cafes, if you get my drift. Very hipster. 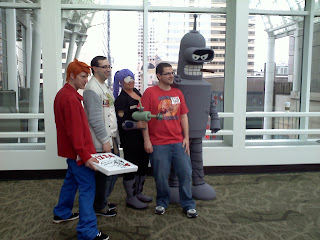 If you like video games, look forward to PAX Prime (but be aware that tickets sell out within the hour of going up). It’s the coolest convention for nerds. Geek culture thrives there. There is also the Emerald City Comic Con and an anime convention, which are excellent. Even though I don't like comics or anime, the conventions are fun to wander through and worth the time for any nerd. I also know that there are steampunk groups that hold tea parties and many pinball bars to go to.


The city vs. surroundings: 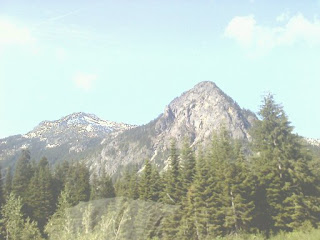 Seattle is different than many urban areas in America in one major way: When you go out of Seattle, it becomes wilderness. There’s not much civilization in the area around the city. This can be great if you like hiking and camping, but not great if you need a break from the city. If you get bored of the city and want to go somewhere a little slower, you're out of luck. Seattle is secluded. It's in a bubble of mountains with not much else, besides nature, around.

Both Lake City and U are good spots. Lake City is really nice, but expensive. I lived in the U-District (off a street known as “The Ave”) and I liked it. It is not a quiet neighborhood, as you might imagine. Lots of frats and late night parties. I never minded much, though. Also, drug dealers are everywhere, but it actually got better when they legalized pot and more people began buying it from the shops instead. Still, if you’re used to Chicago or STL then you’ll be fine. The “bad” neighborhoods in Seattle are like the nice neighborhoods in STL. When you look for a spot, look for where the popular streets are, so that you can find food/etc within walking distance. Otherwise traffic can be hectic for simple things. 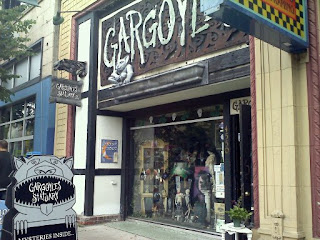 Public transit is very nice and quick. I never had to wait very long. If you do move there, I suggest getting an ORCA card ordered and loaded so you’re ready to go! There’s a train/bus from the airport to wherever if you’re flying, and all of it takes ORCA. http://kingcounty.gov/depts/transportation/metro/fares-orca.aspx

If you’re driving, prepare to pay about 21 bucks to park anywhere. I used https://www.doortodoor.com/ to move my possessions, and it was one of the best decisions I made. I totaled gas/milage for a truck, and it was nearly the same for me to get a pod and drive my own car.

Thanks for stopping by the blog. Feel free to send me a tweet and tell me what you think. BTW, I took every photograph on this post.

Email ThisBlogThis!Share to TwitterShare to FacebookShare to Pinterest
Labels: liberal cities, live in seattle, living in seattle, moving, moving to seattle, places to live, seattle, should I move to seattle, washington state

Before I begin, I want to give a big shout out to IGN for always having an awesome stream each year, packed with content. It really makes my day to watch with you all and listen to the before and after show commentaries. Thanks! Keep it up!

Nintendo had amiibo to look at. Zelda looks like if The Witcher 3 got stripped of gameplay and had cartoon graphics. E3 Rating: 1/10

The only Microsoft exclusive I’m interested in is Cuphead. That game looks amazing. Although, I must give MS credit for bring Gwent on stage (I will be buying it for PS4). Lots of stuff that many people will enjoy, not a lot of stuff for me (I don’t like shooters). E3 Rating: 7/10

EA has Mass Effect Andromeda. I cannot wait to get back into that universe. E3 Rating: 7.5/10

The Fractured, But Whole is a South Park game from Ubisoft, and the presentation made me legit laugh out loud. The whole thing where Cartman asks you to sit and then says, “Not there.” Too funny! Watch Dogs 2 looks fun as well. The host, Aisha Tyler is great and weird. E3 Rating: 8/10

Bethesda doesn’t need to do much to make me happy. Skyrim Remastered and Nuka World + Build-your-own Vault DLC is all I needed to wow me. The other games weren’t for me, but were impressive nonetheless. I really want to watch someone else play Prey. Also, I want to play Fallout 4 in VR (I hope it comes to PSVR!). E3 Rating: 9/10

Sony is where E3 was at. Unveiling a Spiderman game that actually looks like they’re putting effort into it is awesome. Horizon: Zero Dawn look inventive and crazy fun. I’m also very excited about Playstation’s VR. Batman in VR, Star Wars in VR. Amazing. E3 Rating: 9/10

So, in my opinion (which is my own, and it’s fine that yours is different)….

Horizon: Zero Dawn wins as game of the show

H: ZD is my pick this year because it just looks so creative. I want to battle robot dinos in a post-apocalyptic open world with futuristic cave man weapons! Yes! I can’t wait to play this one.