Mario Maker is awesome, and I've been making a bunch of cool levels. This is just a showcase of those, not the review.

Please STAR my levels and FOLLOW me, so we can play together. Leave a comment here and let me know! I will star and play your levels, gladly! Seriously, I'll star them all so you can get your medals bumped up! 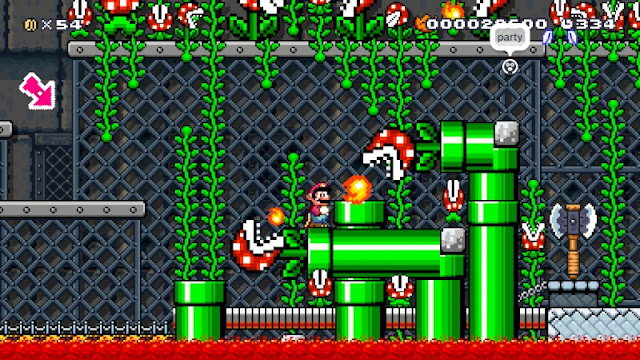 One of the best levels I've made! This level has about 10 different branching routes you can take/explore. Also, there are two really awesome boss fights to encounter. Secrets. Bonus areas. Sub-levels. 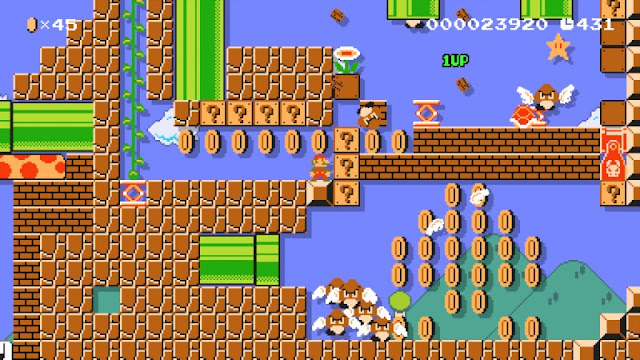 My first level evolved quite a bit as more parts unlocked for me. I've recently remastered this level to make it one of the coolest ones I have. The difficulty is medium, but there are many ways to beat this one. Try and find the Shoe Goomba, while you're at it. 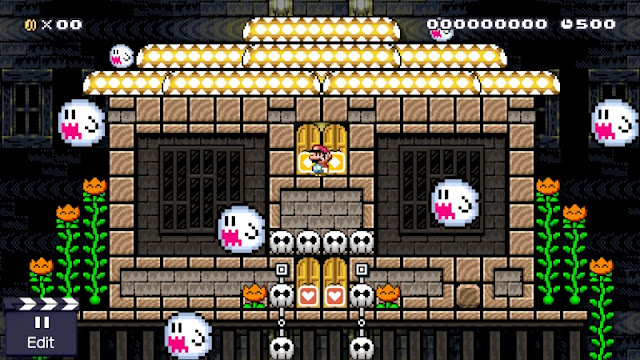 I wanted to make a haunted house that had legitimately scary moments. I designed this to have a tone that is eerie, with repeating level designs and a broken-building look. Like any good haunt level, mine is a search for a secret exit. Good luck!

Beat these levels and leave a comment! Post a picture of your high score and I will post your levels on my blog and declare you the King of that level! Please star my levels and let me know so I can star you back!


Posted by oxyborb No comments: Links to this post

I’ve been opening up to my co-workers lately, and they all think I’m a conundrum. How does someone exist in 2015 that doesn’t watch TV or have a cell phone? I guess I’m weird.

When I moved back from Seattle, I shut my Washington-based line down and I didn’t replace it. I have a phone, two in fact. I have my old Droid and an iPhone that I got for free after a family member got an upgrade. I wanted it to listen to podcasts in my car.

I could activate it, I guess. I have far more than enough money (I’m making more $ than I ever have before). I have a buffed out savings account. There’s nothing holding me back. I just don’t want to because I hate phones.

I hate being contacted no matter where I go. I hate constant texting, that constant reassurance that one is loved. I hate how technology puts up walls between people to interact in the real world. Phones are shields blocking families from talking to each other at dinner. Phones are dividers between spouses while they lie in bed at night. Phones have replaced bikes, walking sticks, and the outdoors in general for children. Phones are obsessions.
I hate how constant digital connection makes us all disconnected from the lives in front of us. I don’t want to be like that. I don’t miss having a phone.

Someone literally described how they loved watching the Kardashians when I told them I don’t watch TV. They told me I’m missing out. Maybe I am. I wouldn’t know.

I don’t hate TV as passionately as I do phones; I just think it’s boring.

I studied literature. I am an aspiring writer, and I research tropes and plot lines to avoid. I tear apart storytelling so I can learn how to be good at it myself. And TV is boring for it. I can predict almost any televised fiction.

Reality TV, on the other hand, is boring to me too. I hate “voted off the island” situations. I hate heavy competitions, and people unrealistically speaking into a camera after the event happened. It’s not reality. It’s artificial reality. It’s planned and programmed and cut up and put back together. It’s forced drama and cliffhangers.

I watch Game of Thrones, I’ll admit. Although, it’s more like a movie, and the writing is good because it is based off an amazing book series. That’s 10 episodes of watching a year I do.

I know, I'm not a normal person, but I don't feel like I'm alone.
Leave a comment if you don't use a phone or tv and tell me why. I want to know who else is out there like me.
Posted by oxyborb No comments: Links to this post

Sketching with Harrison: Round 1

So, I like to sketch. As you might have already seen, I like to take an art pen and doodle. Most people pluck out theirs phones and check their notifications when they have a moment of free time; I draw. I don't usually know what I'm drawing until it's out on the page, so that's what was happening here. (I'm not a professional artist, or even a wannabe, I just enjoy it) 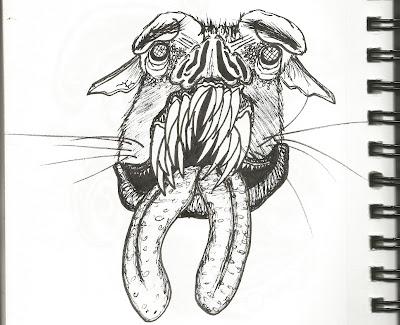 The drawing above began with the teeth. I drew teeth and teeth and more teeth and then I decided that I wanted to try and make whatever it was turn out to be cute and ugly at the same time. I think I succeeded.
(more after the jump) 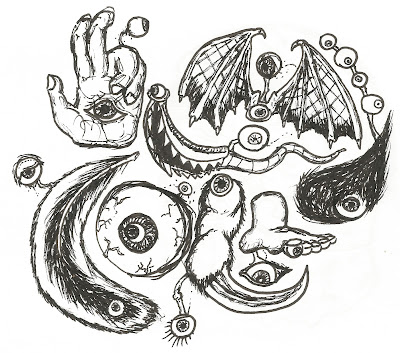 I like to draw random body parts. I know, that's odd, but it's how I practice. The one above was all about how to combine them with eyeballs. 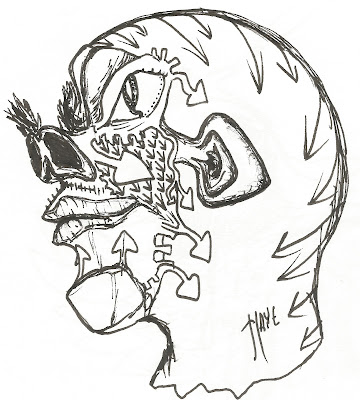 Arrow man was originally just the line of his jaw, until I decided it looked like a jaw and began to make a head. This would have looked cooler if I had blackened the back of his head more. 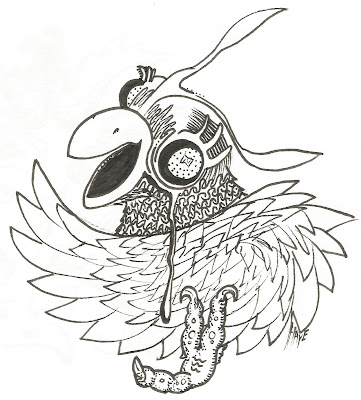 I drew this in a hotel room while my friends were all still asleep. It has be trademark eyedrop that I repeat in art so many times. Sometimes I try to repeat shapes or patterns. He's so happy! 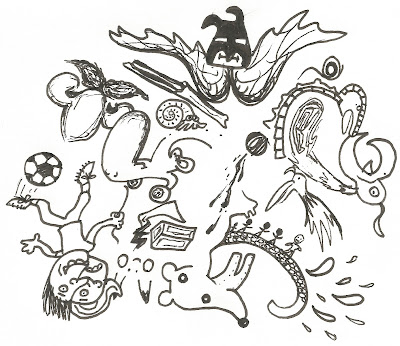 Sometimes I just draw a picture of everything running through my brain at the time. I had been playing Batman, so there he is. Most of the rest of it has to do with Batman, in some way. It's hard to remember where it all came from. I drew this one while sitting awake in a person-I-just-met's apartment in Chicago.
Posted by oxyborb No comments: Links to this post