I want to live a weird life. Dye my hair blue and own a bowie knife.
Jan
1 project
2 boxes
3 scenes
4 weirdos
5 jacket
6 tent 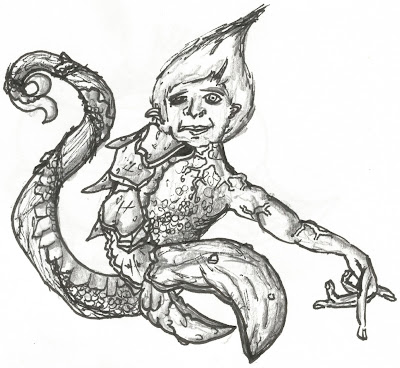 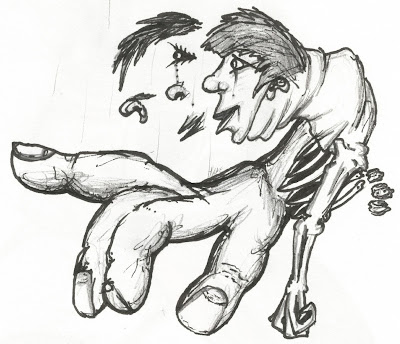 KING: my concept for a TV series

SPOILERS FOR STEPHEN KING BOOKS AHEAD!
With shows like American Horror Story, The Walking Dead, and Gotham bringing such creepy characters and worlds into the average TV-watcher’s home, I feel like there could be a good market for a show idea I’ve had:

KING
The concept of this show would be that all of the horrors that Stephen King created are unleashed onto the town of Bangor, Maine at once, and a hero must stop them.

Stephen King’s novels have always had semi-shared universes and themes. Weird parallels and sort-of-dimensional doors connect the books. Wouldn’t it be fun if the evil people/monsters from the books met on an ensemble TV show?
Now, the title of the show, KING, could refer to both Stephen himself and the main antagonist of the show, The Crimson King, who brought the other villains into this shared universe. Of course, the show wouldn’t be canon to the novels, but a fun what-if scenario.
Other villains could include:
Pennywise
Cujo
Randall Flagg
Gage
Collie Entragian
AnnieJack Torrance
There are a million others that would be great to have.
But for heroes, I would suggest an all-new character, so that readers would know that this is not a retread of the old stories, but an all-new story. Sort of like how Batman is a detective who is powerful enough to fight his crazed all-star enemies, this new hero would have to be inquisitive and yet strong, a match to these semi-supernatural villains.
Another idea is that the leading hero could be Ben Hanscom from It. He would be the one with the resources and knowledge to fight.

The other idea might be to have a villain as a protagonist. What if the series followed Randall Flagg in his attempt to overthrow the Crimson King?
Just an idea. What do you think?
Posted by oxyborb No comments: Links to this post

This past year in gaming has been about giving players fun tools and toys, both in the physical sense and as in in-game items. Batman got a Batmobile. Mario got a level creator. Fallout got buildable settlements. Nintendo made a million amiibos.

So, without further ado, my 2015 list of favorite plays (in no particular order):

The Witcher 3: Wild Hunt
The Witcher 3 was my first Witcher game (although I attempted to play 2, but it wouldn’t run on my Mac). I got it for PS4 because I had a gut feeling it would be amazing (and it was). I completed EVERY mission in the game (that I could find, I suppose I might have missed one). It was the perfect time suck I needed during some months of hard work I’ve had over this past year at my job. The storytelling was phenomenal and the first DLC expansion was fantastic. MORE THOUGHTS BY ME ON THIS GAME HERE!

Super Mario Maker
SMM was great. I made so many custom level, it’s not even funny (check some out here!). I even made a Hogwarts recreation. I loved playing my friends levels and getting feedback on Miiverse. Truly, this is a Mario fan’s dream come true. I hope that there is more DLC soon! Check out a showcase of level I've made here!

Batman: Arkham Knight
I have a half-finished Batman review, I plan to release in 2016! I LOVED this game. The Joker has never been better than he is inside Batman’s head. I loved the new tools, the tank, and the story. The moment where you enter the Clocktower to find Oracle is one of the best moments I’ve ever seen in all of gaming. The programmers did something that blew my mind. MORE THOUGHTS ABOUT THIS GAME HERE!

Splatoon
Here’s another game I have a half-finished review of. I loved this quirky little game, although I wish it weren’t so withholding of levels. It drives me a little nuts to only be able to play 2 levels at a time. But the game is fresh, as Nintendo claimed, and it’s a welcome new IP.

Amiibo
This isn’t a game, per say. Honestly, I’ve barely used the figures I’ve collected in the games. I just love Smash Brothers so much, that these small statues are wonderful to own and set on my desk. Hunting down these things began in November of 2014, but the real hunt began the next year, as these figures became so scarce that people were lining up in front of stores at early times in the morning just to get them. The “game” of hunting amiibos became a hobby of mine, and I’ll admit that going after these was almost as fun as owning them. Check out my Ice Climbers amiibo here!

Honorable mentions: (still just games I played in 2015, not necessarily released)
Harvest Moon: Back to Nature – On my final stretch before Fallout 4’s release, I needed a semi-RPG with building-elements to tide me over, and this game did wonders for me.
Donkey Kong 64 – The people who made Banjo-Kazooie began a crazy kickstarter to fund a spiritual successer. It made me want to play a Rare game, and being that I don’t own an Xbox, I settled for this. I didn’t beat it, but it was fun for what it was worth.
Telltale’s Game of Thrones – I beat the first season, because I love A Song of Ice and Fire so much. It was fun, but the choices I made didn’t seem to matter and I don’t think I’ll be playing season 2.
Mewtwo DLC in Smash Bros. – Revisiting Smash was fun mostly because Mewtwo returned. As a displaced Ice Climbers player, I just couldn’t find a new main until Mewtwo. Now, whenever I play online 1v1 for glory, I tend to play Mewtwo, ROB, and Ludwig Koopa.
Batman: Arkham Asylum – After beating Arkham Knight, I went back and played this one for the first time. It actually held up really well! Great game!
Fallout Shelter – I played this until it crashed my phone. Haha, my phone just couldn’t handle my Vault when it got too big. I loved what I played though, so maybe I’ll play more if I get a new device.
Gwent – This side-game in Witcher 3 deserves its own recognition. I oftentimes only got on to play Witcher 3 just so I could find people to play Gwent with. This card game is fantastic, and I wish they’d made an online-enabled version of it with new cards.

So, I guess that’s it for 2014. Thanks for a great year on my blog! Let me know what you think in the comments, in fact, tell me what your personal GOTY was!