Everybody’s Gone to the Rapture

I got this with PS+ a few months back, but I just got to it. I’ve read a lot online about the speed of the game. You literally walk really slowly throughout the whole thing.

You can “run” by holding a button to build speed, but you never end up going very fast (or fast enough to call it running). Also, even if you’re holding down the button, the game will slow you down when entering certain buildings anyway. I hated the slowness. I get that it is there for artistic whatever, but… no. The slowness pulled me out of the immersion consistently. I would groan as I bumbled up stairs to get to the next point. I was exhausted by getting my built up speed automatically taken from me because I entered a warehouse.

Honestly, holding down a button for an entire game is also boring. Imagine crossing the entire Wasteland in Fallout while forced to hold down a button (and also going slow anyway). Also, I swear that the walking is slower than how the average person walks. It takes like a minute to descend stairs. I kept thinking, “I can jump down steps in 5 seconds in real life! WHY SO SLOW?”

The story was good, but the speed killed it for me. I just couldn’t get immersed while rolling my eyes wishing to get from point A to B faster than a slug.

I don’t think the forced pacing added anything to the art but anxiety. I have built huge sprawling levels in Minecraft, Mario Maker, LittleBIGPlanet, and more, and my experience there leads me to think that the speed was the developer wanting to exert control the player, to force the player to see the detailed work they put in. However, forcing dominance over the player is just not very fun for the player. Players want more options and the freedom to notice the details they want. It’s like if a sculptor grabbed a person by the skull and moved their heads to the various points on the sculpture.


OXYBORB.COM Official Review Score for Everybody's Gone To The Rapture: 6.2/10


Note: I only saw Fantastic Beasts, The Jungle Book, and Rogue One in theatres. The rest were bought, borrowed, or Netflix’d. Kids movies were likely seen at the school I teach at.
Fantastic Beasts and Where to Find Them
Deadpool
Batman: The Killing Joke
Rogue One
The Jungle Book
Captain America: Civil War
Batman v Superman: Dawn of Justice
X-Men: Apocalypse
Zootopia
The Divergent Series: Allegiant
So, a blurb here: I love Harry Potter very, very much. FB&WtFT was wonderful for me because I am prone to being absorbed into the wizarding world. Nothing compared to it, mostly for that reason. Deadpool surprised me. I don’t usually like ultra-violence, but the humor was so well crafted and you could feel the love the filmmakers put into this. Ryan Reynolds wanted this very badly, and it shows. He did a fantastic job. I only hope the sequel isn’t “corporatized” to the point of losing the soul that made the first one so great.

The Killing Joke wasn’t perfect, but it is great. I love that they got the classic voice cast back to do it. Mark is the perfect Joker, for realz. Rogue One was flashy and action-fun, but I didn’t think the story or characters were that inspired. I loved that robot, though. The Jungle Book, I saw, on a date that ended badly, but I enjoyed the music and the CGI was gorgeous. CA: Civil War surprised me because nobody of importance dies, which felt wrong, somehow. Also, I didn’t really get why Cap and Iron Man were fighting. Seems like the issue could have been solved another way. Batman V Supes… well, Ben Affleck was great but the story was overlong and Wonder Woman was only in it for the Justice League. X-men was fun but crazy. Zootopia’s drug-trafficking theme felt odd in a kids’ movie. Allegiant is like Hunger Games but with a thicker romance.

I also wanted to post this small thing. It’s a website that turns scribbles into cats and other stuff. Just thought it was funny: 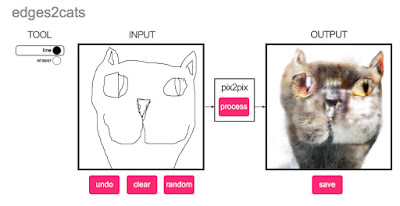 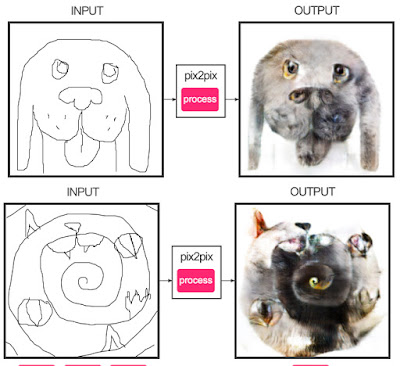 Email ThisBlogThis!Share to TwitterShare to FacebookShare to Pinterest
Labels: 2016, fantastic beasts and where to find them, list, moves of 2016, movies, rank, ranked, rankings, top movies

So, in college, I used to spar in religious talks with this guy I met at an extracurricular roundtable-type discussion. He’s a great dude, though he’s politically and religiously the opposite of me. Also, he’s written two great books, and I’m about to talk about his second.
He might hate to hear this, but his second book is even better than his first (and his first was good).

It’s called, Mister Master Exacerbation: My obsessive quest to uncover the final compulsion, and how my porn use got me fired from work, kicked out of school, banned from my field, separated from my wife, and warped me into an animal-abuser, a fugitive, and an all-around villain. I intend to write this review with minimal spoilers because I believe you should go out and buy this book.
It’s a true story about a terrible, terrible year with creative and fictionalized enhancements (all the changes from the truth he lists in the back, so it’s very transparent). In it, he gives a first person telling of himself as a total villain. He does some awful stuff, and he owns up to it. Most of it is because he has a mental disorder (OCD), and while that might not make him without sin, it does make you sympathize with why he acts so irrationally.

This book is really brave. For one thing, his OCD, who turns out to be a major character in the story, really doesn’t want him to talk about his OCD. So, writing it must have been a battle to begin with. For another, who wants to confess publicly the worst things you’ve ever done? Not me!
However, from a religious standpoint, it’s a brave work because depicts a Christian voice that is real. An imperfect person, a sinner. Not a preacher. His OCD is a type that specializes in religion. It obsesses on faith, so to speak. He makes the sign of the cross over and over to satiate his OCD. He can’t read the Bible without immense struggle. His OCD tells him that if he doesn’t walk through doors over and over that he will send his family, even his dog, to hell. Some readers might ask: If not for his OCD, would he even be religious? Isn’t this book evidence that religion stems and is nurtured by mental disorders? Wouldn’t he be happier without religion? Doesn’t he show that the voice of God he occasionally hears might actually be just another face of the troll?

I’m not answering those questions, but it’s interesting to think about in terms of his character in the narrative. Danger is brave for sharing these truths that he went through, and he doesn’t beat around the bush with them. He confronts them, truly, without having a definitive answer and accepts that. That’s very respectable, especially in a world filled with Christian (human) voices that attempt to sound all-knowing and overly confident. Danger is a Christian voice for anyone, even from other philosophies/ideas. There can be nothing more inviting and productive to bridging dialog between groups than acknowledging your own weaknesses. 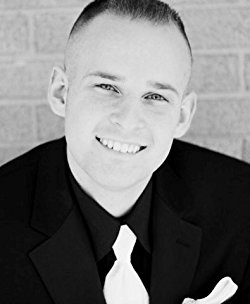 Most of my criticisms took care of themselves throughout the reading process. The cover of the book, which features a big naked treasure-troll, for one, is cleverly explained in the end. (no spoilers) Love it! I don’t remember him talking about his OCD in his first novel (maybe he did? Donno!), and that irked me until I realized that his troll likely didn’t even allow him to talk about it and also that covering up and shying away from showing other people the symptoms is a major theme near the end. When the POV flops to another person, the writing style/voice doesn’t change much, but it’s not that long and concludes fine.

Really, the big criticism I have is how he talks down to his wife and makes her feel bad for having had sex before their marriage. He says things like he forgives her for it, which made me cringe a bit. However, credit where credit is due, his wife chose him for who he is, and also Danger acknowledges that he’s the one with the issue, not her.

But yeah, this book is great, and what makes it great is that it’s a brave step knee-deep into the mud. It’s confession and redemption. It’s a Christian voice that doesn’t paint himself as above anyone else, but as a sinner seeking a return to God’s plan.

Also, read it, but read the “prequel” to it first. Great work, Danger!
Posted by oxyborb No comments: Links to this post