After posting a big life update on May 20th, everything just seemed to happen all at once.
I drove three hours north to write songs with my friend. Then there was LOGfest the next weekend. Met Abe Lincoln. Big music festival another one of my friends runs. My tire went flat from a nail. Then there was E3 week, which is nerd funland.
Then my Mac died and I had to buy a new PC. Then there was Comic Con. Also, I did a 24/hour new play festival called The Identity Show with my theatre group called PRIME. Oh, and I got offered (and I accepted) a new job teaching English, setting up a recording studio, and doing technical theatre in STL. So, now, I’m planning a move across the river (I’m in Illinois), lessons for the next school year, and I have to talk to the Missouri education system to get my license transferred.
Whew.
My life has been extremely busy, and now I’m about to go through a massive life change. New job, new apartment, new life. It’s crazy atm.

Here are a few pics from the madness (enjoy!): 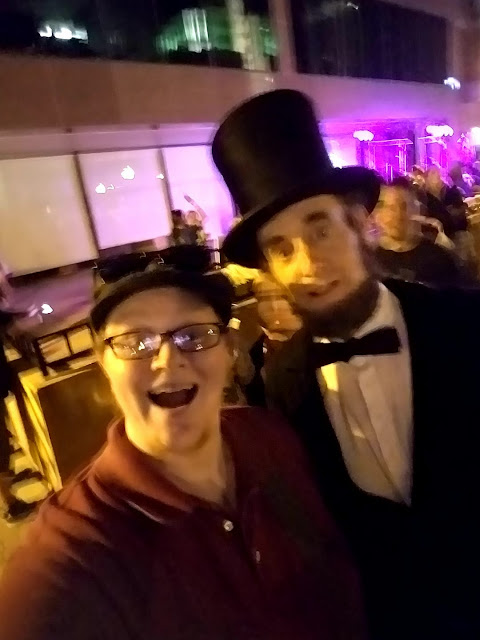 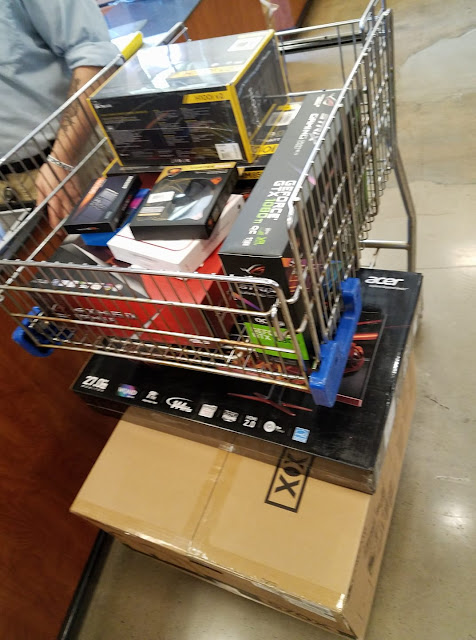 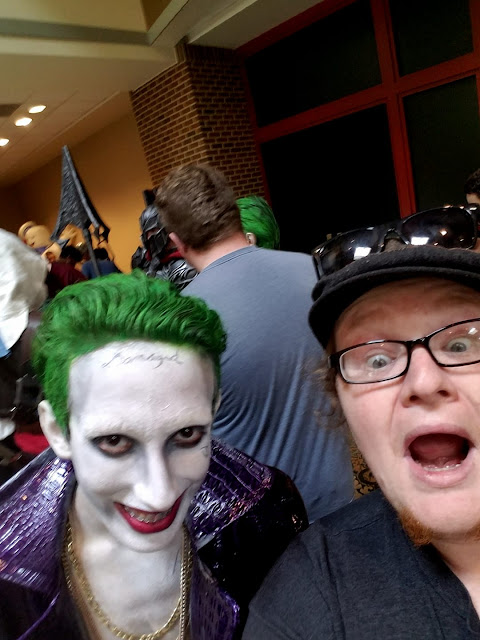 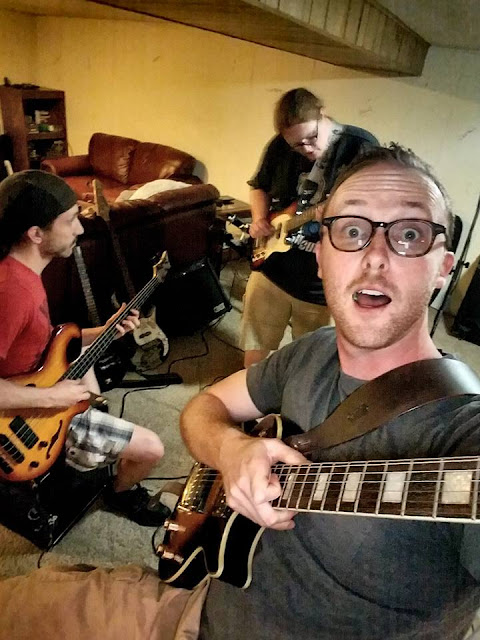 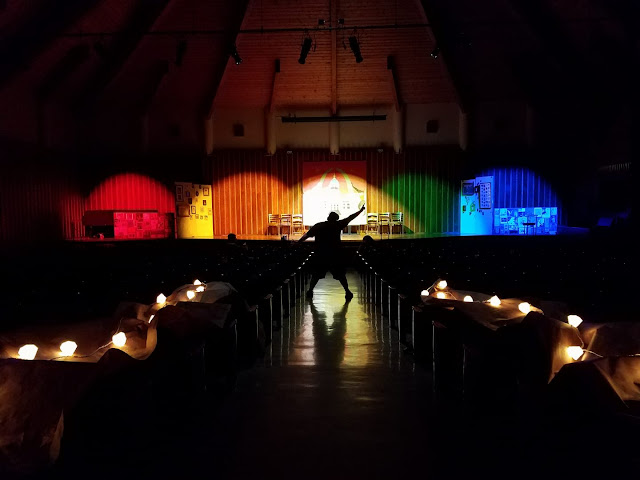 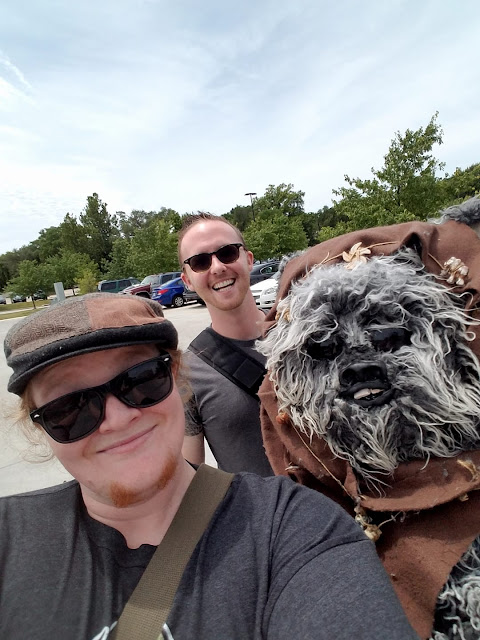 I built a new gaming PC

I used to own a desktop Mac, but it died. It was depressing, but I knew it was coming. Ever since I updated to El Capitan, my Mac had become a disaster. Slow, broken, just a mess. I swore off Apple products after that update broke it, and so I began dreaming of my next personal computer.

Through the advice from friends I put out on facebook, and also the help of a crew of awesome dudes at Microcenter, I built a new Windows PC that I am calling... BEASTMODE!

The machine is a monster. It can handle any game currently on the market. It’s got a clear glass casing and the internals change colors.

So, the rest of this post is just showing it off for funsies.

PLEASE comment with what games I should get. I’ve been playing a bunch of old games, like Skyrim with a million mods. 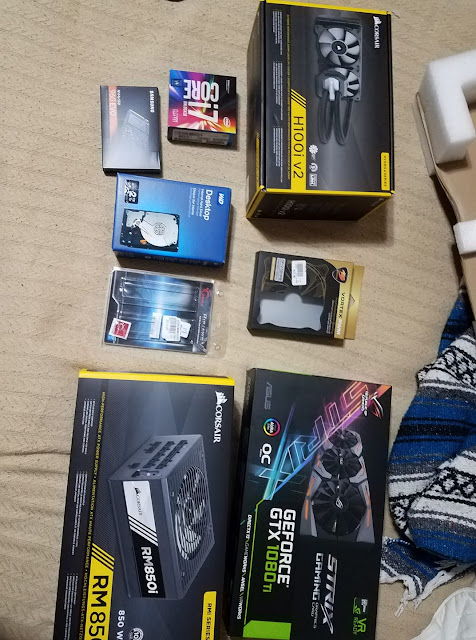 I took all six pairs of scissors, all three pairs of nail clippers. I packed away all the batteries, including the ones in the remotes. Your bookmarks went missing, so did all of the Pixar movies. The spoons, mine. My lesbian friend ate the shrimp cocktail you’d been saving in the freezer. I took the magic tape, the coffee strainer, the cloth grocery bags. All those little things you never think to buy until you need them crucially.

As I locked the door to our apartment for my final exit, I dashed back one last time to grab the toilet paper. Maybe your new lover has extra to share.

Jim loved shopping online. He held the icepack to his head and examined the fine craftsmanship that went into his new nunchucks.

It’s not just us, officer. Max told me that Terry’s sister said she hated him because of how bad he smelled. I live next door to Terry, and his mother screams at him all the time, sir. Johnny’s the one who found a beehive, and the only thing I did was stick it inside the piñata. It took a whole roll of tape.

All the kids in the neighborhood got together and threw a party for him on his birthday. We stuck a candle in a chocolate chip muffin for cake. We even put up yellow streamers and shot bottle rockets. Terry was excited to think that he finally had made friends, and he practically peed his pants when he found out about the party. He’s so fat that he ate the entire muffin in one bite. Even with the blindfold, he knocked the piñata down in one hit. The bees swarmed out of the hive as Terry dove for the candy.

Me and Max both got stung, and it really hurt, but it turned out that Terry was allergic. We didn’t want to get in trouble, so we hid him inside the storm drain under the road.

Can I have a cup of water?

Thanks for reading. If you enjoyed, why not check out this poem/song I wrote?
No comments: