My last blog was Oct 20th, so here’s all that’s happened since:
I switched to a different position at my job, and it’s awesome. I get paid to watch movies on Fridays, now. Also, I have some of the students that I had a long time ago, and it’s good to have them back.
I spent Halloween handing out candy and showing off my new Cerberus animatronic. It was great.
I went to a Halloween+Thanksgiving+Birthday party with a ton of people I don’t know. Sometimes I’m great at sinking into a new group, sometimes I’m awful. This time, I was OK. I chatted with my friend’s girlfriend about Mario Kart and other games, and I met a few people I’ve seen around town but never have spoken to. Also, I saw Corey of Superfun Yeah Yeah Rocketship dressed as Burt Reynolds from SNL’s parody of Celebrity Jeopardy.
BTW, if you don’t know what Superfun Yeah Yeah Rocketshipis, watch:
So awesome! I love this band. They have the best audience engagement ever.
I had dreams about farming and raising bees, Five Nights At Freddy’s haunted houses, Bloodraven from ASOIAF, and one where my house slid down a giant mudslide.
I got Fallout 4, also. It’s from my ABSOLUTELY FAVORITE game developer, Bethesda Games Studios. It’s amazing.
My mom had a birthday, and I got her a light-up Three Kings for her Nativity set.
My buddy came into town and we did some Christmas shopping. He told me about his new girlfriend, who seems to be truly awesome.
I took a paid-time-off day and began a new artistic project.
As of typing this right now, I’m about to go on a field trip to a circus with my school. I love getting paid for doing fun things. Today is going to be great. It’s only a three day week, too, as Thanksgiving is coming and then a 4-day weekend. How nice!
Anyway, I wanted to save this for the end. The Paris attacksthat happened on 11/13/15 shook the world. What an awful thing to happen to humanity. I will never understand what kind of brainwashing people who become terrorists must go through to think that mass murder is necessary. Nobody ever thinks of the terrorists, but I can’t imagine what has been done to them to twist them so badly into doing such evil. They can’t be sane any longer. I couldn’t imagine killing a person under any circumstance, much less training and being brainwashed my whole life to kill people. Paris is such a tragedy, and I wish them peace.

Thanks for keeping up with me! You can find me @Oxyborb on Twitter.
No comments:


Truly, I’ve been extremely busy since April, and even more so since August. But, what was consuming my time finally ended, and my life has freed up dramatically.
It’s weird to have free time. So weird that I am determined to fill it. I
recently met up with a friend about a new artistic project. I want to make videos or start a podcast or something. Art that I can do regularly, quickly, and socially.
Writing a novel can be very lonely work, and my long-term vision is not rewarding in the short-term. I mean to publish a book (by whatever means, is to be determined), but what that equates to is that I cannot show my book to the world to consume. I don’t have people reading and telling me what they think of my book (besides my beta-readers, but that’s different). 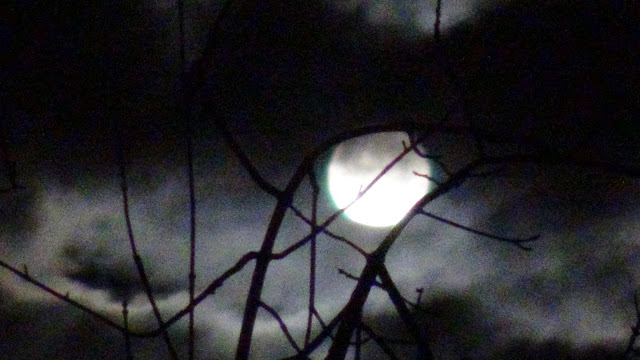 For artists, engagement with an audience is a reward, and it’s one I haven’t been feeling since my focus has been on writing novels that I have to keep mostly secret. A long time ago,
I used to write songs and I was the lead singer of a band. I could play a show or write a new song and feel the reward of engagement with people. It doesn’t take months to pick up a guitar and play as it does to write a novel.

So, that’s where I’m making plans. I’m beginning a project that will allow me to create art that is quicker to produce, gets me socially active, and is easy to send out for people to engage with. It’ll probably be on YouTube or in a podcast form.
My novel, meanwhile, is still going really well. I’ve been working to make it perfect, and as a teacher, the notion of Christmas break excites me.

Thanks for keeping up with me! You can find me @Oxyborb on Twitter.
No comments:

On Kotaku’s “A Price Of Games Journalism”

This is a response blog post to this article.

To sum it up: Kotaku, a blog about video games, leaked secret information about two games before they were even announced to the public, and the companies who make those games blacklisted them from any further interviews, inquiries, or early copies of games. Kotaku’s article makes the argument that they are writing for the fans, not for game developers, and that posting the leaks was in the name of good journalism.

You’re not a hero. Posting about video games is not heroic. You’re not saving lives. You’re not leaking an internal company document that says there is a severe problem in a new model that causes car crashes. You’re not getting the inside scoop about hostages in a war-torn county. You’re not busting down a drug ring.

You’re leaking video games before the company is ready, and that’s not a heroic journalistic ideal. You’re not using journalism to do good in the world; you’re using a shady source to generate clickbait (which means ad revenue).

Posting about games before they are announced hurts the companies that make them. Hurting a marketing plan can cost that developer money. It’s basic. You’re endangering the jobs of game developers so that your site can generate more clicks. It’s selfish.

Of course developers are going to cut off media outlets that are actively and knowingly hurting them. You’ve hurt these developers, but you’re only posting about this now because you realize that your leaks have come around to hurt you.

You deserve the blacklist.

One last thing: You’re so upset about this company trying to control the way people talk about the games, and yet you have an “approved” comment system? Hah. I scrolled through the comments on your article, and sure enough, almost every single one I saw was in your favor (...never before has the gaming community been this united...). It makes it seem like you're deleting any remark that disagrees with you. The pic is a screencap I took of your post when I tried to hit the reply button:

It is how I describe my personality. I am Halloween. I am mischievous fun. I am autumn.

This year I bought a few new toys. The biggest being... Cerberus. 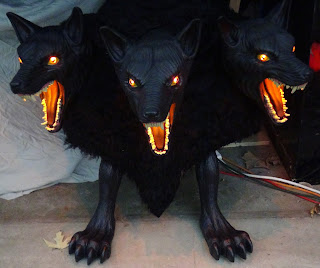 He spits fog. He lights up. He barks. I love him!
Here's a video: