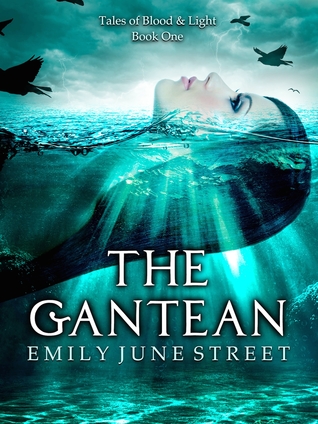 I was very lucky to have gotten to read the first book in this new fantasy series early. It's a wonderful book from a talented author, Emily June Street, and it released yesterday. If you've been waiting for a good read, here it is.

It's fantasy, but without the usual fantasy tropes. There's magic, but it's has a unique way of functioning, unlike what you might find in Harry Potter. This book is adult and complex. The perfect book to fall into if you're dying for GRRMartin to release The Winds of Winter.

BUY IT ON AMAZON HERE!

My review on Amazon:

My favorite books are the ones that drop me into new and unpredictable worlds, where I feel like I’m an explorer in the uncharted wild. The Gantean immerses you into a foreign culture, and it brings that sense of discovery that only the most imaginative of writers can create. It’s an exciting adventure that will live in your brain even after you’ve reached the final page, and I recommend it to anyone, even readers who are not typically into fantasy

I always judge who wins E3 by the number of games I actually would be willing to play at each company’s conference.

I would play, from Nintendo’s conference:
Super Mario Maker

I would play, from Square Enix’s conference:
N/A

I would play, from Ubisoft’s conference:
South Park RPG

I would play, from Bethesda’s conference:
Fallout 4
Fallout Shelter

Now, I know that Playstation will have Fallout 4 and Microsoft will have Star Wars Battlefront, however my list is based on what games were shown at each conference.

I also should state that I’m not a fan of shooters, generally. Definitely not ultra-violent action shooters like Doom or Gears of War. They’re just not for me. Also, I totally missed the PC conference. Oops.

So, in my opinion (which is my own, and it’s fine that yours is different)….

Random thoughts:
I am most excited about building my own base in Fallout 4. I know I will sink 100 hours into making my fortress perfect. I am sad that PC mods will only come to Xbox, but I understand. Besides, I usually move on to my next game by the end of the DLC patches.

All I wanted from the Nintendo conference was more Mario Kart 8 DLC, more Smash DLC, and more Splatoon DLC. I didn’t get any of that during the conference. Mario Maker looks wicked awesome, but nothing else looked fun. The Animal Crossing board game and the fake-Metroid soccer game looked awful.

I was disappointed to see that Rare is making a pirate game. I want Banjo back. Nothing on Xbox appealed to me. Why don’t they make more than shooters for that system?

Media Molecule’s new game looks weird. I love MM and LittleBIGPlanet, but I don’t think I’d want to play the dreaming game. I’m glad they’re experimenting and doing the games they want to do, though. They’re a hugely imaginative company.

That’s it. Not my favorite E3, but Fallout 4 is going to be amazing.

I drove up with a buddy to a music festival the other weekend. It was fantastic. 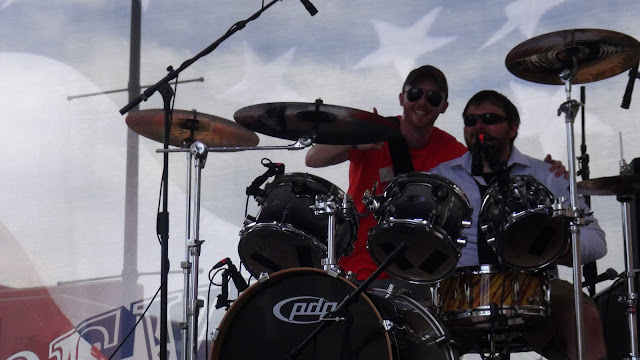 My friend's band played. They're called, White Collar Recession. It was their first show and they played like they've been doing this for years together.
My other friend was a director of the event, and he did an awesome job putting it together. This was a big deal! They shut down a huge chunk of downtown for it!
I also saw The Sun and the Sea, which have a few locals I've played with in my old bands. They were awesome! They sold their CDs for 2 bucks each. A steal. 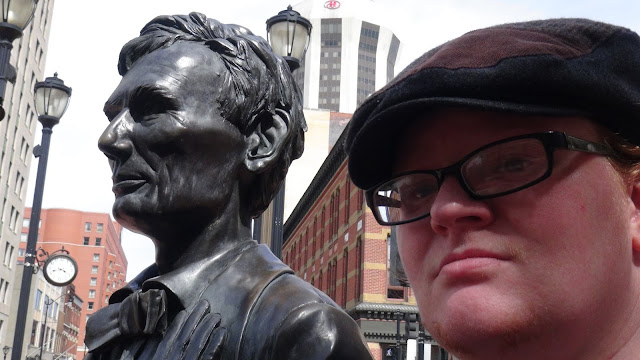 In the middle of the day, I took a self-guided tour of Springfield, just for kicks. I met this guy, Abraham. 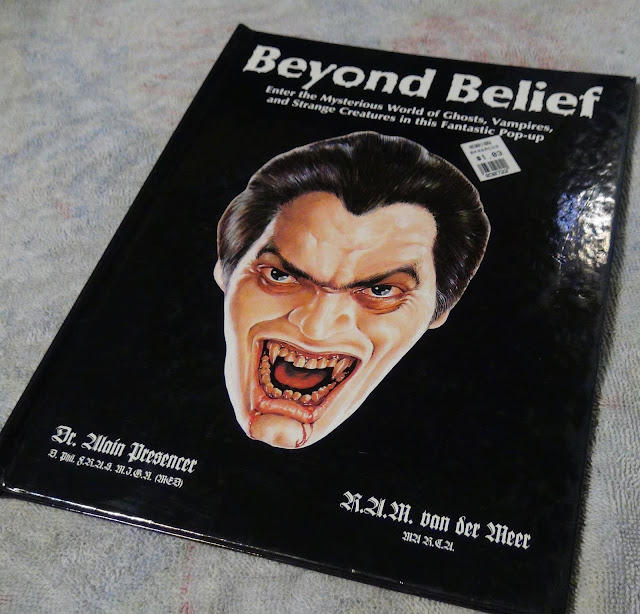 I bought a sweet book from a indie bookseller I wandered into. It was a dollar. It's a pop-up book, which I plan on showing off more on my other blog. 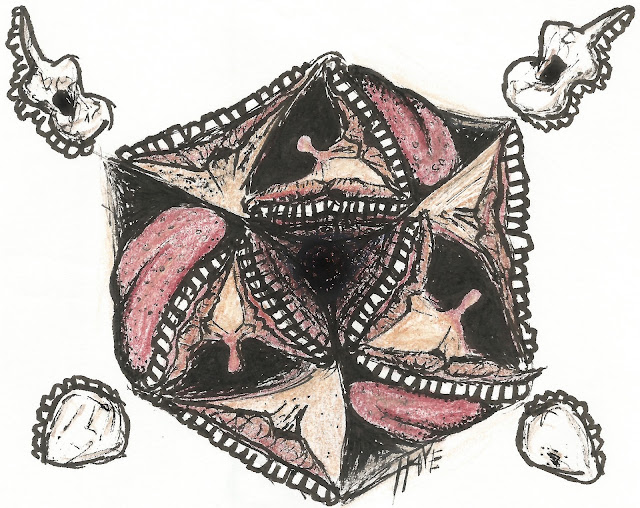 Being around creatives inspired me to get creative. I drew this based on a pattern I saw on a local's quilt. It looked like it had teeth. 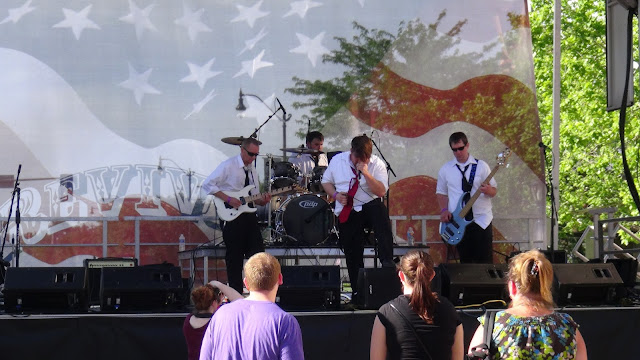 Witcher 3: How to Level Up Quickly Past the Griffin on Death March (the hardest difficulty)

So, I beat the griffin at the end of my third level, and I got enough EXP from it to level up. So, starting off in the new map, I was level four. I wandered for HOURS AND HOURS, killing everything I could and doing side-missions, but I just wasn’t leveling up very quickly.

Witcher 3 is hard here, because, when you’re playing on the hardest difficulty, there just aren’t many missions that are recommended for your level. Many monsters have 1 hit kills on you.

However, I figured out how to get out of the hole that is being low level: the main mission called, “Hunting the Witch” and the two follow ups, “Wandering in the Dark” and “Magic Lamp.”

These are easy missions, even on Death March (which is what I've been playing) at level 4, and in the course of it and the side quest she gives you right after, I leveled up twice, which allowed me to continue the game past the level-block.

For the mission, I recommend bringing Swallow potions and plenty of food. There’s a part where you face a member of the Wild Hunt. The Swallow is for the portal-closing section. You’ll know it when you get there. You must protect the witch as she closes portals, forcing you to take a bunch of hits. There’s also the Wild Hunt boss, but he’s easy. Use your shield sign, then roll away and let the witch distract him. Rinse, repeat.

Doing this will net you the EXP to get out of the too-low-level-for-any-quest stage. Hopefully that saves you the time I wasted looking for something I was able to do at my level.