I’ve never taken a painting class. I would probably learn a lot from one, though. I’ve always enjoyed painting. I would say I like it as much as straight up drawing, but I do it less because painting requires more set up and expensive stuff. Drawing is quick and not messy.

This is one of the first paintings I’ve ever done. I was in high school, and I had asked my mother for a set of paints for Christmas. She got me five tubs of house paint. Stuff meant for painting on wood siding outside. Well, I made the best of it. This one is untitled because I never had the notion to title painting at the time. I’ve always liked blending colors, so I made this by scattering paint with my hands until it formed some coherent shapes, at which the story of it took over. 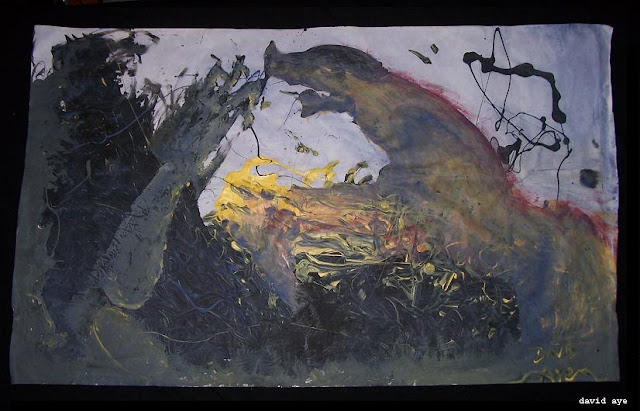 Kind of looks like an arm reaching out for a horse or something. I like to call my style of visual art… organic. I don’t do well with instruction/outlines/predetermined ideas/planning.
This next photo was at a point where I tried to take art more “seriously,” and you can see the effect of it. I painted the Arch, still in high school, but I was going for something more “artistic” rather than organic. That’s why I hate it, but I’ll post it here anyway. 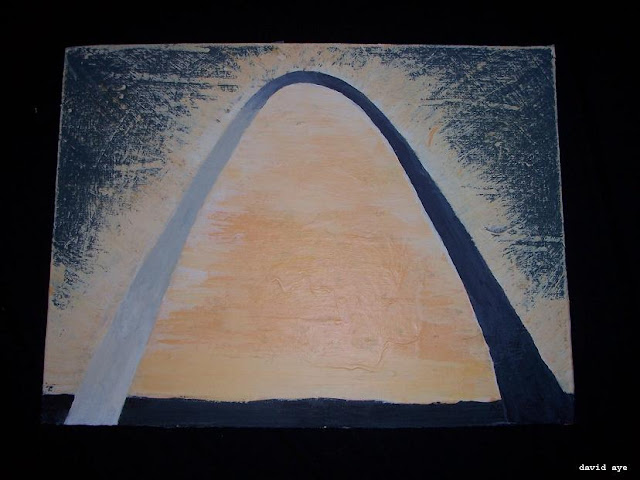 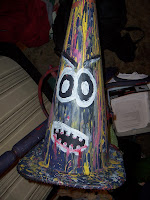 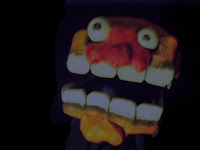 Not really very interesting, is it? I had too much of a plan for my own right. During this time, I had asked my mother if I could paint the walls of my room, and for some weird reason she let me. I had people come over and we basically made a huge mural of random shit all over my walls. I tried to dig something up, but I don’t think I ever had taken a picture of it, sadly. It had giant waves crashing into a rock, a wall of eyeballs, creatures of odd proportions, and pyramids. It was cool. During that time I started painting other random things. I painted my furniture a red/purple mix. I painted a street cone. I painted a puppet that I made out of foam.
I was uncontrollable. Hah! I tried once again to do something “proper” and nice looking. I wanted to give my mother something for her birthday, so I made this. 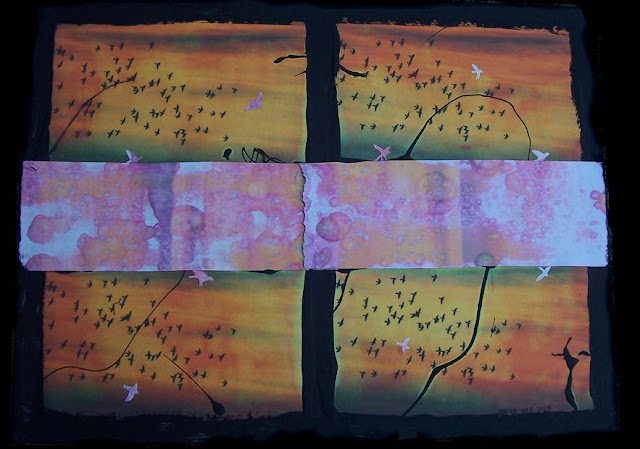 It’s actually sort of a combination of digital and paint. The background birds are reprinted four times, only slightly changed. The white-ish birds are cut out from a splash painting I did (splash painting is probably not a technical term, lol, I never took a paint class). I thought it came out really well, actually. The border is just black paint. 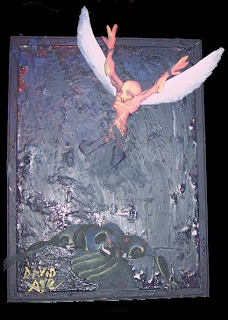 This one was something I made for my friend for Christmas. We had been talking about duality, and I decided to make him something that represents that struggle. I’ve always loved 3D art, so I wanted this to pop out of the frame. I made the monsters separately. I regret that massive signature. Also, if my friend is reading this, I do not expect you to keep this forever, haha. It’s not something I would want hanging around my house at this point in my life, so I wouldn’t blame you if it “got lost.” 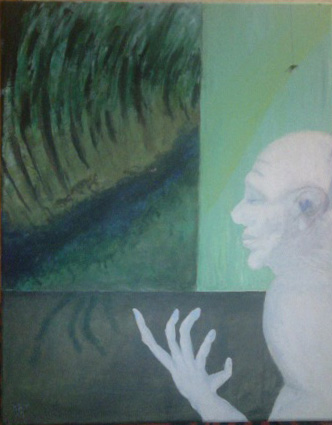 This next one is the first one on a real, wooden frame canvas. I bought the canvas because I had been going to art exhibits and I wanted to do something a little higher classed. It is interesting to note that I painted this before I realized that I made creepy artwork. This was waaaay before I realized that I loved Halloween and horror. Also, it’s my first painting that I really gave a title to. It’s called,  “It’s Scary Outside.” 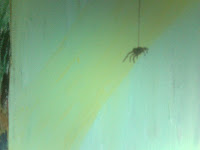 Here’s a close look at the spider and the repeated pattern: 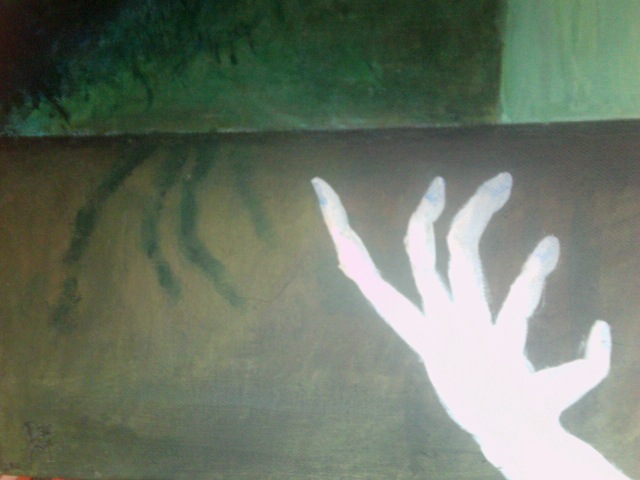 It, like most of my art, is about examining for the monster within one’s self, as opposed to the world around you. I have a few extra secrets hidden within this one. The obvious one are the raccoons outside the window. The not-so obvious one I won’t tell you. It’s kind of terrifying once you notice it, in my opinion. If you have a guess, throw it in the comments. 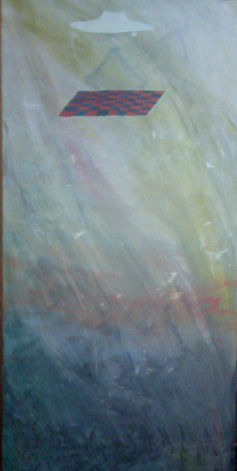 That brings us to today. I haven’t painted much in years. I’ve been too busy writing a novel and blogging about it. Hah. But, now that my novel is in the editing phase, I’ve been trying to play with some of my other favorite types of art (which is all types). This one is going to be called “Nine Levels” and it will be about my own Dante-esk version of the varying levels of the afterlife. Each level is its own “sin” personified. I’ve only just started on the foreground, so it’s still have a LOOONG way to go. It’s going to be very complex. I've been told by several people that I have a natural talent for mixing colors. If only I could also have a talent for brush control... I'm working on it!
Thanks for stopping by my blog!
UNRAVELSPACE UNRAVELTIME